A bloke who went viral with a clip of him supposedly leading a choir might be in for serious fame as Prince Kaybee, one of South Africa’s notable disc jockeys and producers, has indicated interest in having him on his forthcoming studio album.

Taking to Twitter after watching a clip of the, Prince Kaybee said he needed to have the guy on the intro of his 4th album. He urged his fans to help him find the guy. He comes in peace, he says.

By the way, some fine and famous voices in South African music were actually discovered this way. However, what was supposedly an innocent request on Prince Kaybee’s part elicited controversy almost immediately.

While some fans applauded Prince Kaybee for his offer to feature the guy in his upcoming album, others thought the guy has no talent whatsoever. You can check out part of the conversation in th3e screenshots below. 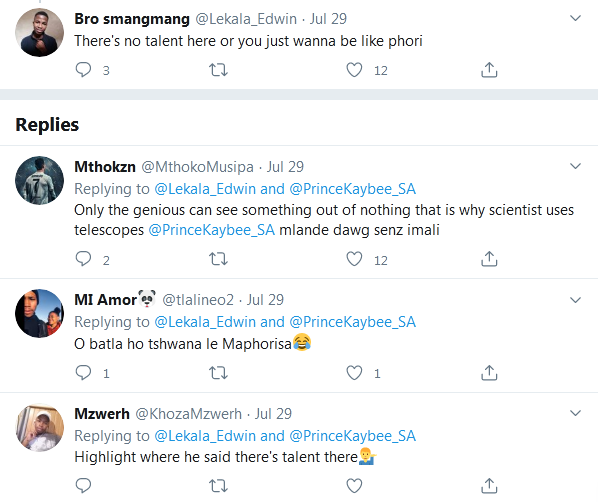 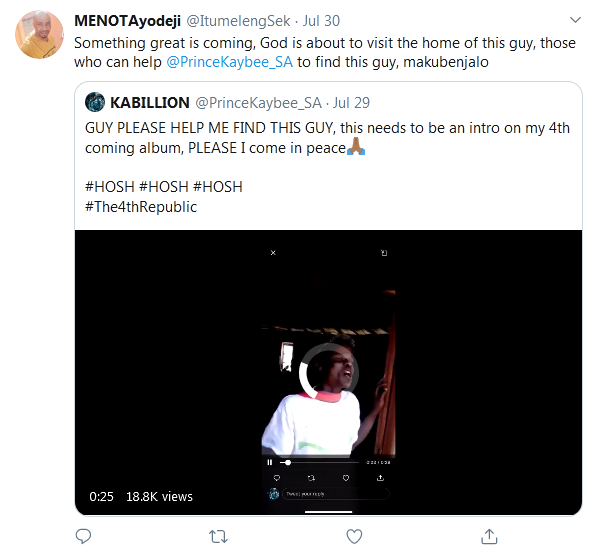 Well, what do you think of the clip of the guy leading the choir, and Prince Kaybee’s determination to find him and have him on the intro of his 4th studio album? You might wish to join the conversation by dropping your thoughts in the comment section below.

Tags
Prince Kaybee
John Israel A Send an email 3 August 2020
Back to top button
Close
We use cookies on our website to give you the most relevant experience by remembering your preferences and repeat visits. By clicking “Accept All”, you consent to the use of ALL the cookies. However, you may visit "Cookie Settings" to provide a controlled consent.
Cookie SettingsAccept All
Manage Privacy