Prince Kaybee finally opens up about his speculated relationship with Brown Mbombo.

For someone who always airs his opinion on social media, Prince Kaybee is very tightlipped about his alleged relationship with Brown Mbombo. For a while now, fans have speculated that they dated in the past and then broke up.

In a recent Q&A with fans on Twitter, he finally opened up about it. A fan named Hlony asked the “Fetch Your Life” hit maker if they truly dated or it was just speculation. He revealed that they indeed dated in the past, but refused to share more details on what led to their break up.

Kaybee is currently dating Zola who he seems to be very much in love with. We hear that she met his mother sometime last year. The two seem to be going strong, sharing clips from their time together every now again for fans to see. 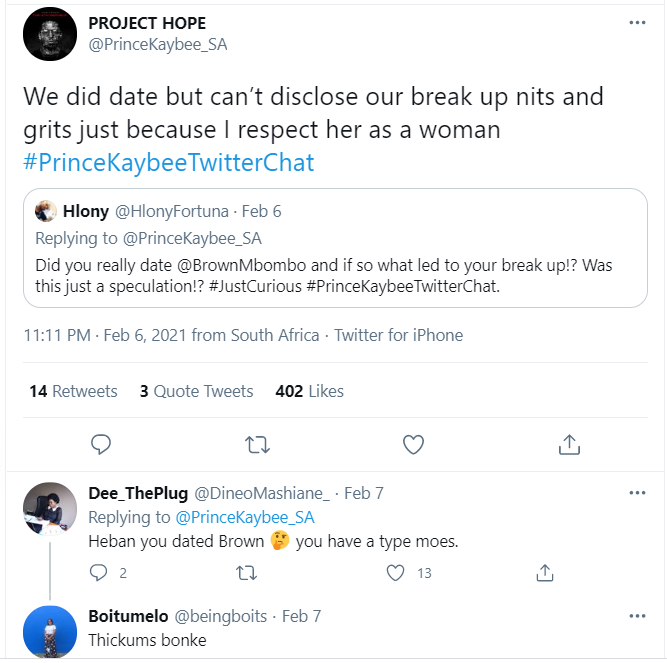 Tags
Brown Mbombo Prince Kaybee
John Jabulani Send an email 8 February 2021
Back to top button
Close
We use cookies on our website to give you the most relevant experience by remembering your preferences and repeat visits. By clicking “Accept All”, you consent to the use of ALL the cookies. However, you may visit "Cookie Settings" to provide a controlled consent.
Cookie SettingsAccept All
Manage Privacy