Award-winning South African DJ and record producer, Prince Kaybee, is prepared to release his upcoming song on his birthday. This happens to be the 15th of June.

The talented DJ has taken to his social media page to reveal his plans for his upcoming release. He plans on using all proceeds from his upcoming song to donate to people that have been affected by the coronavirus pandemic.

So I have decided that all income from my single thats dropping on the 15th of June is going straight to those who are affected negatively by this pandemic.
I will personally be delivering food parcels out in Durban. Thank you 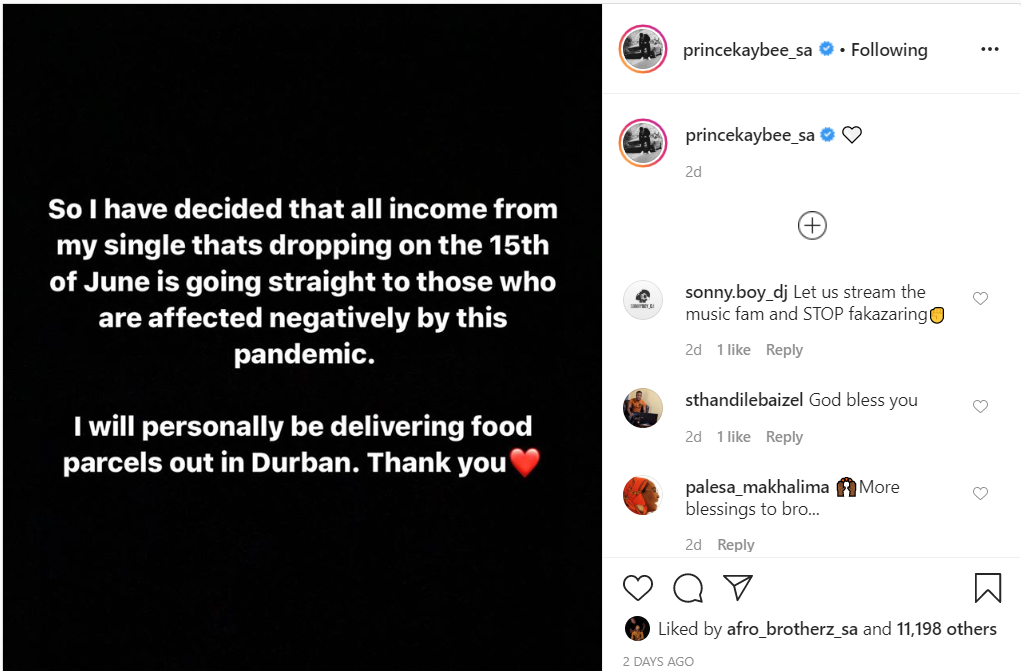 In other Prince Kaybee news, the award-winning record producer recently revealed his plans on turning his love of soccer into a profitable venture. The ‘Gugulethu’ hitmaker is also looking for ways to make money from other sources.

Taking to his Twitter page to reveal his intentions, Prince Kaybee’s assisted their favourite star in suggesting creative ways to make money.

Tags
Prince Kaybee
Annika Melisizwe Send an email 30 May 2020
Back to top button
Close
We use cookies on our website to give you the most relevant experience by remembering your preferences and repeat visits. By clicking “Accept All”, you consent to the use of ALL the cookies. However, you may visit "Cookie Settings" to provide a controlled consent.
Cookie SettingsAccept All
Manage Privacy