While coronavirus apparently flung some artistes on the bed of indolence, Prince Kaybee was in the spirit, the spirit of songs, creating…

And what has the celebrated disc jockey and producer, who recently advised fans not to buy booze, been creating? Well, a song titled “Uzubulele Kuye,” a collaborative work with fellow South African Ami Faku. He previewed the song on his Instagram page, emphasizing the importance of music and the vitality of his contributions to the art.

This isn’t the first time the “Gugulethu” hitnaker had treated fans to a preview of his song before a proper release. He had teased a couple of numbers previously before releasing them.

One of such is “Fetch Your Life,” a tune featuring Msaki. And of course with “Uzubulele Kuye” preview outta the kitty, the full version will pop online in no time. Possibly, fans might be treated to a preview of another sumptuous number.

The previewed “Uzubulele Kuye” is pretty charming, brief though it may be. With Ami Faku and Prince Kaybee, two of South Africa’s fine voices on the same number, what should one expect? 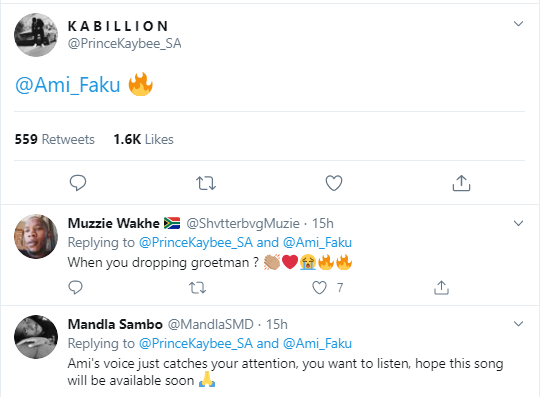 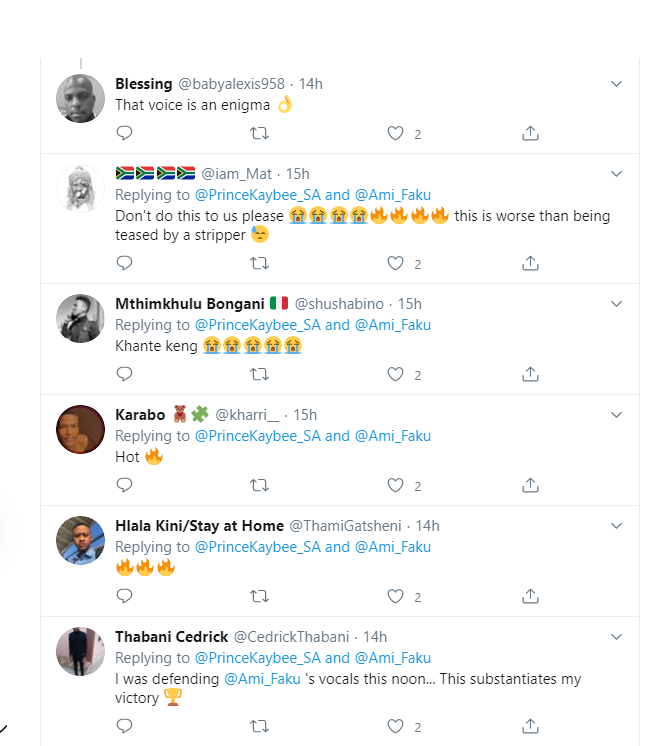 Listen to the preview of the song below and let us know what you think, in the comment section.

Tags
Prince Kaybee
John Israel A Send an email 8 June 2020
Back to top button
Close
We use cookies on our website to give you the most relevant experience by remembering your preferences and repeat visits. By clicking “Accept All”, you consent to the use of ALL the cookies. However, you may visit "Cookie Settings" to provide a controlled consent.
Cookie SettingsAccept All
Manage Privacy