Is it just us or is Rae Gopane on everyone’s radar these days? The media personality has gained recognition following his unfiltered opinion about some of Mzansi’s biggest stars. You may recall that he revealed in his podcast with Blvck Steph that Scoop allegedly told them that Bonang Matheba introduced AKA to cocaine.

While no one knows if this is actually true, B revealed that she would sue Gopane. This led to him posting a public apology in which he retracted his claims. He also promised that it wouldn’t happen again. However, the young youtuber is still talking. This time, he weighed in on Prince Kaybee’s leaked penis photo and the cheating scandal.

According to him, the “Uwrongo” star claims couple goals on social media but had been cheating on his woman behind the scenes. Reacting to a clip of the show, Kaybee revealed that he wouldn’t be suing the YouTuber because he (Rae) wouldn’t be able to afford it. Well, with all that’s on his plate right now, we agree.

The “Fetch Your Life” hit maker went on to wish him goodluck in his career. All good vibes from his end. 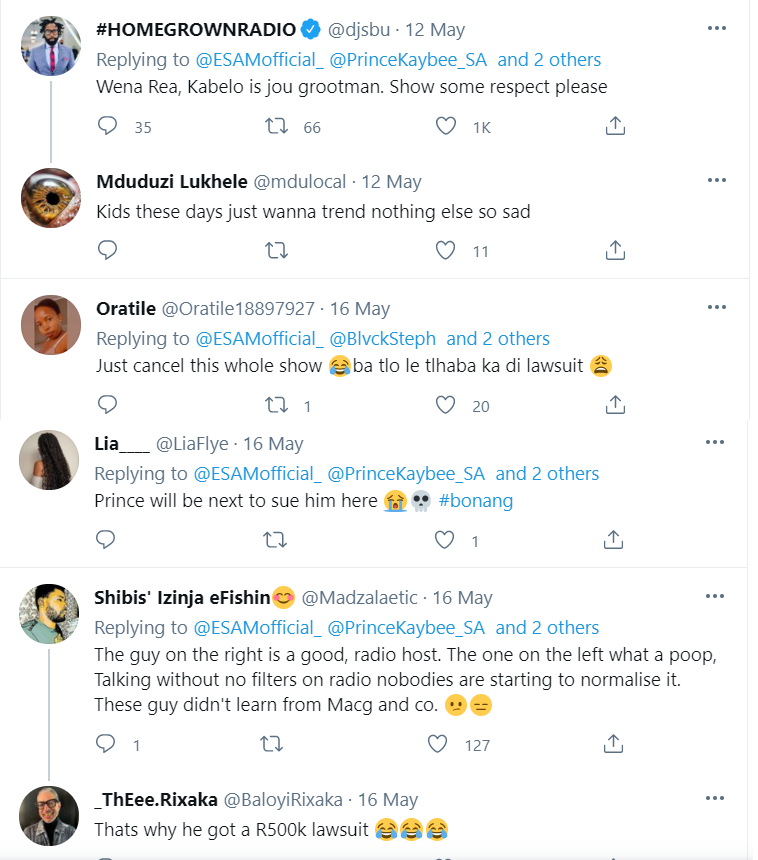 Tags
Prince Kaybee Rae Gopane
John Jabulani Send an email 18 May 2021
Back to top button
Close
We use cookies on our website to give you the most relevant experience by remembering your preferences and repeat visits. By clicking “Accept All”, you consent to the use of ALL the cookies. However, you may visit "Cookie Settings" to provide a controlled consent.
Cookie SettingsAccept All
Manage Privacy