What has South Africa’s Prince Kaybee been up to? The bod is days to releasing his fourth studio album, titled “The 4th Republic,” and he is so confident about what he has cooked that he has made it known the project will take South African house music to a whole new level .

Prince Kaybee made this know in a post yesterday while informing fans that the album is available for preorder. The announcement excited his fans, who inundated his post with the flame emoji. You can check out his post below. 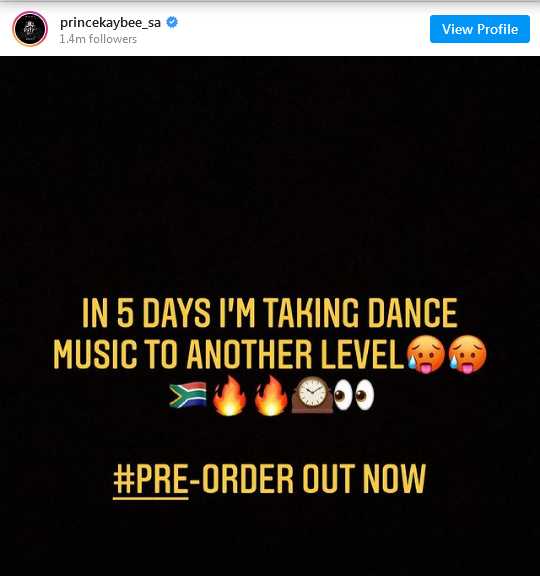 Prince Kaybee’s “The 4th Republic” will be released this Friday 5 March. Are you looking forward to the project, though? Why or why not?

As the leading blog on South African music and entertainment, you can count on us to share the album with you on release. If you don’t wanna miss that body of work, you might want to follow our social media channels as well as subscribe to our newsfeed and stay tuned for updates.

Well, do you think Prince Kaybee can take dance music to another level with his “The 4th Republic” album? You may want to join the conversation by dropping yur thoughts in the comment section below.