Mzansi DJ and producer, Prince Kaybee reveals what he and his bae, Zola Zeelovin do when they wake up at midnight.

Don’t you just love love? Prince Kaybee and his woman, Zola Zeelovin are fast becoming one of Mzansi’s most talked about couples. That’s particularly because they let us in on everything they do. We are basically family. Lol.

The “Fetch Your Life” star recently took to social media to share what they do when they wake up at midnight. The shared photo sees them having a drink together. The contents of the bottle looks like red wine.

Zola and Prince Kaybee have been making some insane moves this year. The former recently bagged a new TV gig (a travel show) on SABC 1 prompting her to announce her retirement from Gagasi FM after 5 years with the station. Prince Kaybee also recently topped the albums chart with his new album “The 4th Republic”. 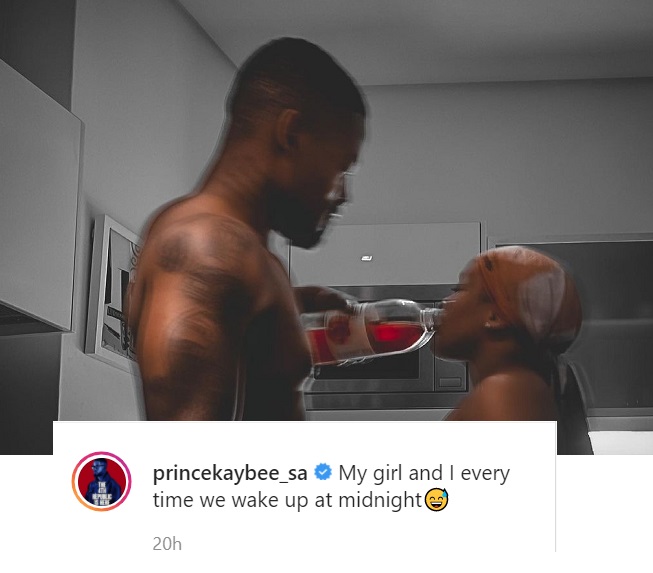