Prince Kaybee is really not pleased with Black Coffee and he has made it known with his tweets on the platform. He called the DJ out for his remark on Euphonik’s tweet, which Black Coffee later deleted.

Prince Kaybee revealed he wasn’t too pleased with the DJ’s remarks and he shouldn’t have uttered such, looking at the fact that he is a hero and mentor to most people, he should try lifting them up and not calling them names for white acceptance.

Be careful of your black heroes. Some are not interested in developing other black people, they just want power and money to oppress black people like their masters. They call black people names for white acceptance. Don’t call me “House Nigger” then delete the tweet. Pathetic

Prince Kaybee further opined that Black Coffee was more about getting the papers, than been bothered about the plight of the people who support his music.

This actually hurt me I don’t wanna lie, deleting the tweet was substandard and cowardly. But like I said Be careful of your black heroes, some are NOT interested in your growth AT ALL‼️ They call black people names for white acceptance. Hosh🙏🏾 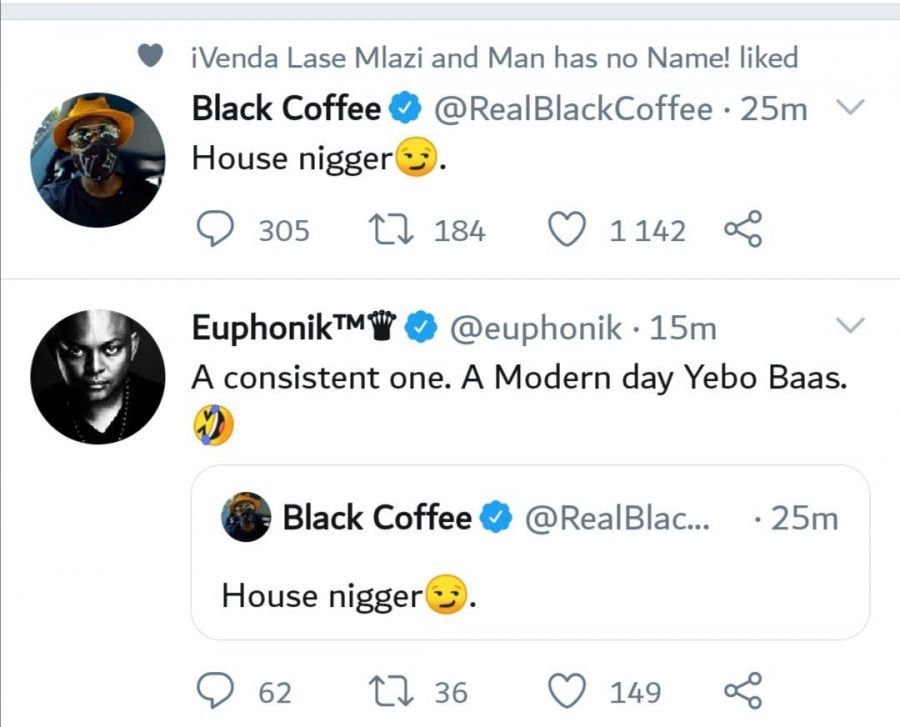 Prince Kaybee also opined that Black Coffee never liked him, giving an instance of him winning an award over Black Coffee, with him making derogatory remarks. 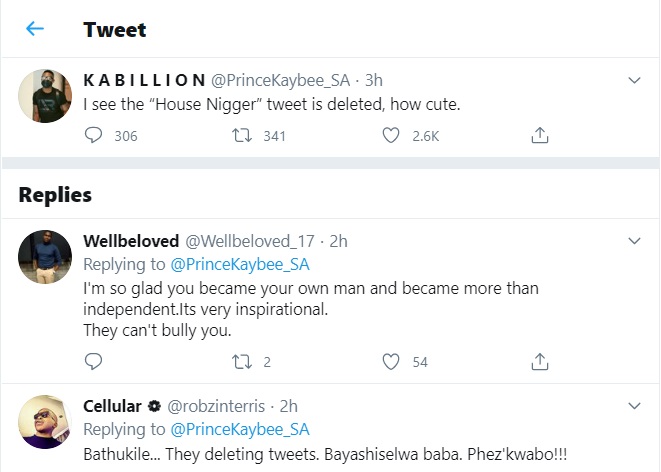 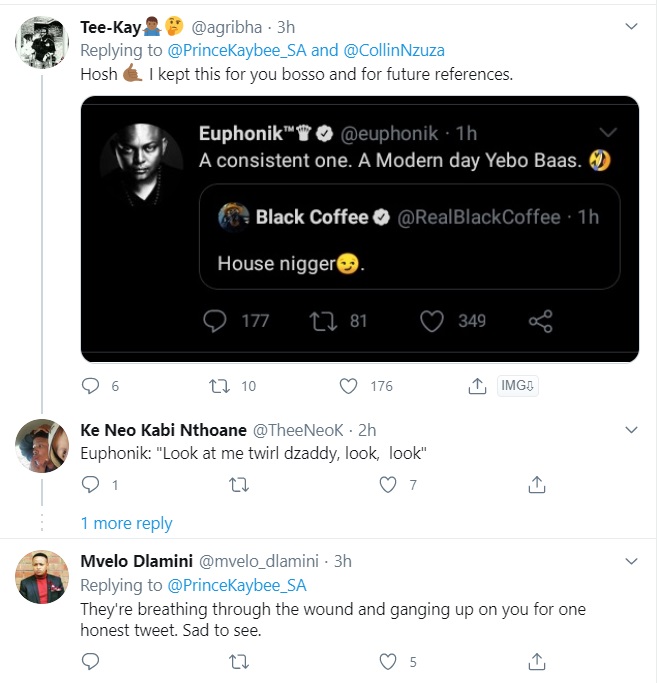 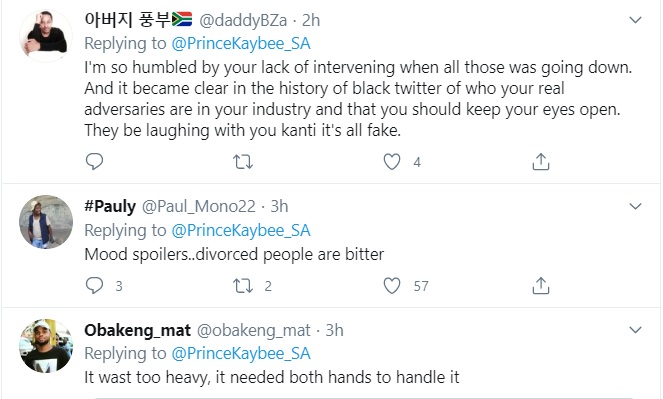 Tags
Black Coffee Prince Kaybee
Wuraola Salawu Send an email 28 May 2020
Back to top button
Close
We use cookies on our website to give you the most relevant experience by remembering your preferences and repeat visits. By clicking “Accept All”, you consent to the use of ALL the cookies. However, you may visit "Cookie Settings" to provide a controlled consent.
Cookie SettingsAccept All
Manage Privacy