Prince Kaybee says he will give his SAMA for ‘Song of the Year’ to Master KG if he wins it.

If you’re one of those angry that Master KG didn’t get a SAMA nomination for his viral hit song “Jerusalema” then you should read this. There might be a way to give him one already.

Multiple SAMA’26 nominee, Prince Kaybee has revealed what he would do if he won the “Song of the Year” award this year. Taking to Instagram on Sunday, July 26, he shared a statement saying that he would edit his name to “Master KG ft. Nomcebo – Jerusalema”.

He revealed that it would be his contribution to what they have achieved this year. Master KG’s hitsong “Jerusalema” has become one of the biggest songs ever released in Africa. Garnering over 50 million views for its music video, it was announced to be the fourth-most shazamed song worldwide. The SAMAs have been heavily criticized for not nominating it this year. 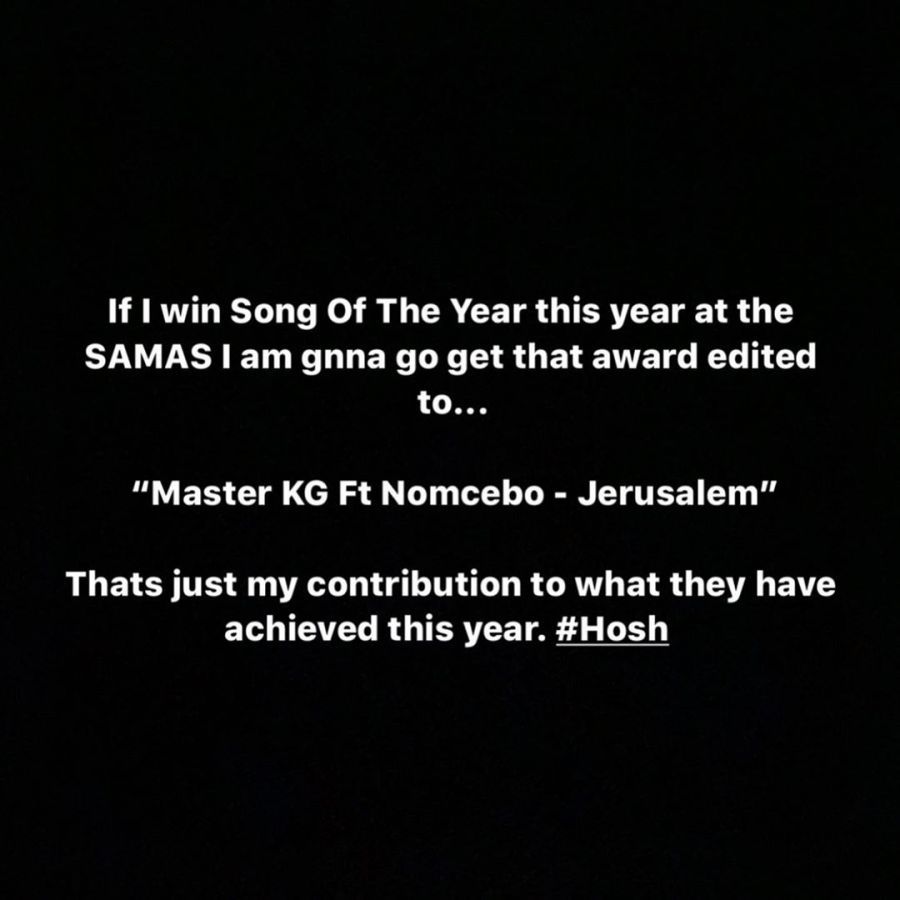