It is only upwards for Prince Kaybee and his girlfriend, Zola Zeelovin. While Kaybee is topping charts with his latest album  “The 4th Republic”, Zola is set to kill it on a new travel show on SABC 1.

The excited media star took to her social media accounts to announce the new job while also announcing her exit from Gagasi FM. She revealed that the new travel show is called “Shayiround” and will air exclusively on SABC 1. Fans and fellow celebs took to the comments section to congratulate her on the achievement.

While announcing her exit from Gagasi, she revealed that she spent a total of 5 years with the radio station. She also stated her gratitude working with them. We are all excited for her, and hope she continues to go higher. Congrats to her. 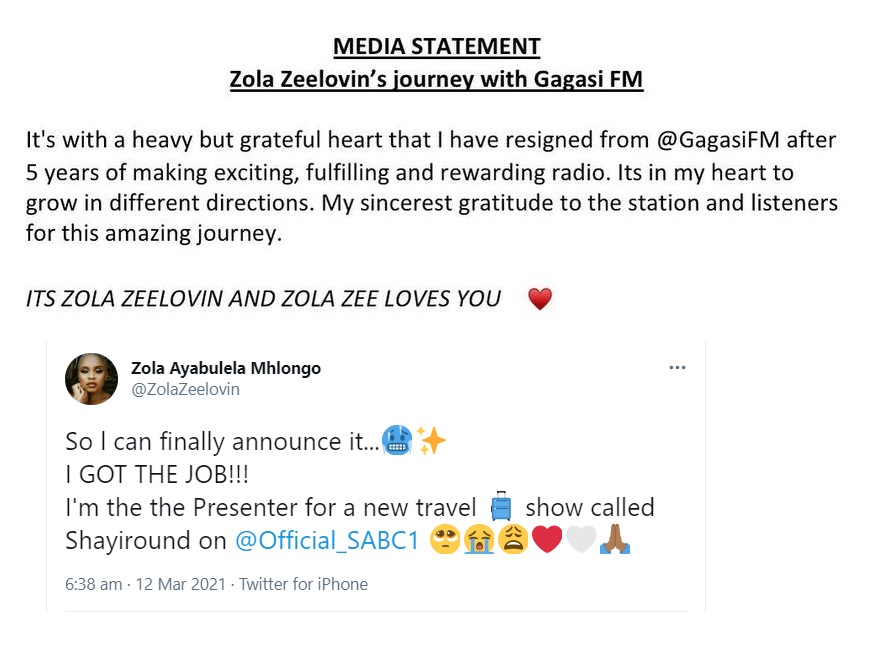