If anyone deserves all the success they’re getting, it is definitely Prince Kaybee. The popular DJ and producer is counting blessings as his hit song “Fetch Your Life” goes 6x platinum. Yes, you read that right. Congrats to him.

The “Banomoya” star took to social media to celebrate. Kaybee has known so much success since he hit the scene. He recently celebrated his 2020 release “Uwrongo” featuring Shimza, Black Motion & Ami Faku going platinum. Of course, that was well deserved. The song also made it into Barack Obama’s year end playlist. Pretty huge.

Kaybee is also celebrating the success of his recently released album “The 4th Republic”. The album has settled well at the top of the charts. Its single “Ebabayo” is currently the 2nd most played song on South African radio. Congrats to him. 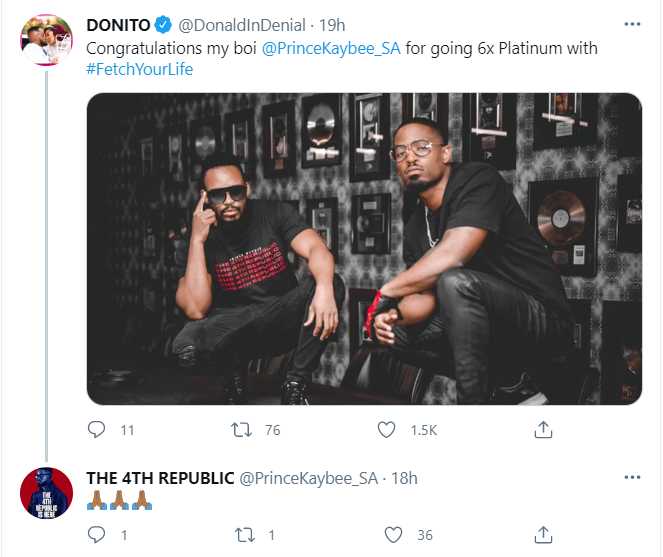