Across the world, peeps go nuts over football and other sports to which they’re dedicated. And they’re prepared to defend their favourite teams whenever necessary.

South African disc jockey and producer Prince Kaybee is one football lover with very strong opinions about the game and unafraid to share his opinions with the world.

Just recently, in a tweet, the “Fetch Your Life” star had claimed that Orlando Pirates, one of the football teams in Africa, is actually the very best in the country and in Africa as a whole. He also expressed his love for the team, making it known he’ll always be a fan. 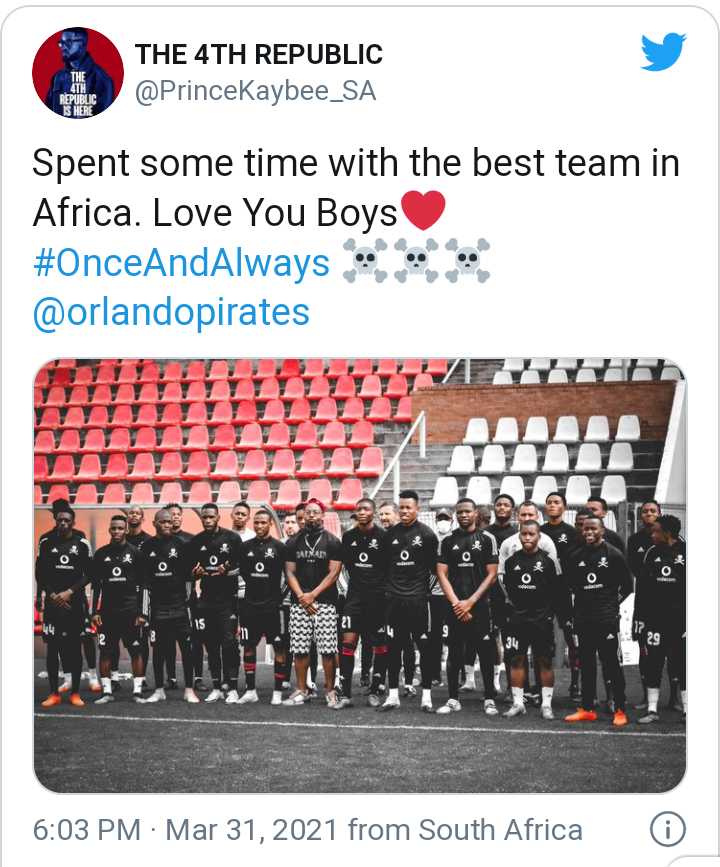 This supposedly harmless claim actually led to seriously dragging online. Fans who thought otherwise, made it known that Orlando Pirates is undeserving of the position Prince Kaybee had generously placed them on.

One fan scoffed asking if Prince Kaybee actually knows Africa and its football teams. Another dismissed him as drunk, and yet another asked him to check into an insane asylum.

Well, do you share Prince Kaybee’s verdict? Do you think Orlando Pirates is the best football team in Africa? Why or why not? You may want to join the conversation by dropping your thoughts in the comment section below.