The renowned DJ and producer, Prince Kaybee, is determined to prove that he can create a hit just as big, if not bigger, than his previous successful single “Gugulethu.” Recently, a Twitter user expressed doubt in his ability to do so, but Kaybee responded by assuring fans that he is working hard on his upcoming sixth studio album. 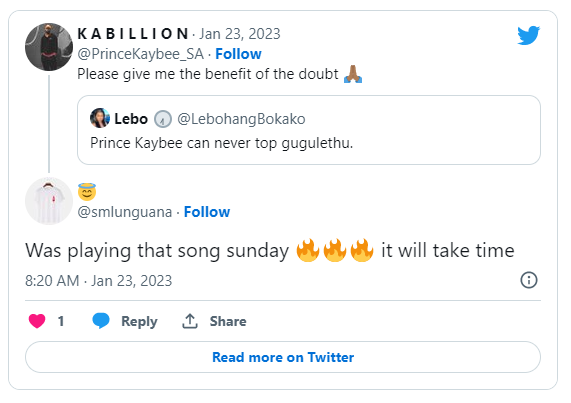 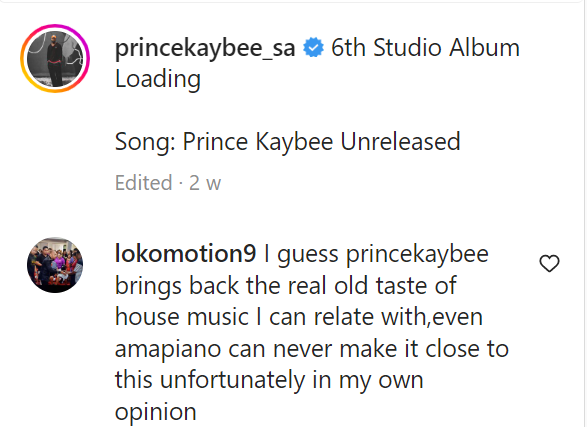 With the anticipation building for the release of this album, fans are eagerly waiting to see if Prince Kaybee can deliver on his promise of a classic hit.

The artist is currently working on his 6th studio album, which is expected to be released this year, 2023. He has also shared a snippet of one of his unreleased singles with fans, generating excitement and anticipation for the upcoming album.

Prince Kaybee has a proven track record of delivering hit songs and collaborating with other talented artists in the industry. Fans can expect nothing but the best from the musician, who is dedicated to his craft and constantly pushing the boundaries of his music.

The artist’s dedication to creating and producing high-quality music is evident in his past albums, and it’s clear that he is not content to rest on his laurels. Instead, he is always striving to deliver the next big hit and create an even more significant impact in the music industry.

Fans can be confident that Prince Kaybee is working hard to deliver another classic hit song. His upcoming album might be his biggest album yet.

Tags
Prince Kaybee
James Lethabo23 January 2023
Back to top button
Close
We use cookies on our website to give you the most relevant experience by remembering your preferences and repeat visits. By clicking “Accept All”, you consent to the use of ALL the cookies. However, you may visit "Cookie Settings" to provide a controlled consent.
Cookie SettingsAccept All
Manage Privacy