Mzansi singer Proverb has been nominated for a seat on the South Africa Music Eights Organization (SAMRO) board.

An excited proverb shared the news on Twitter, stating that he is privileged to have been nominated. He said he is keen to learn, as well as introduce new ideas in the industry to provoke change.

Following the announcement of his nomination to the SAMRO board, the songster has been deluged with congratulations from fans and fellow musos, with many saying he deserves his nomination. 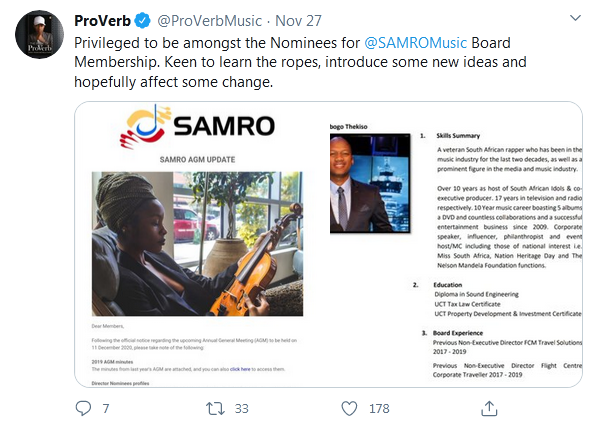 Proverb holds a diploma in sound engineering, as well as a tax law certificate. He is considered one of the veterans in the industry and justly respected for his contributions. He appears like a fine choice for the position. 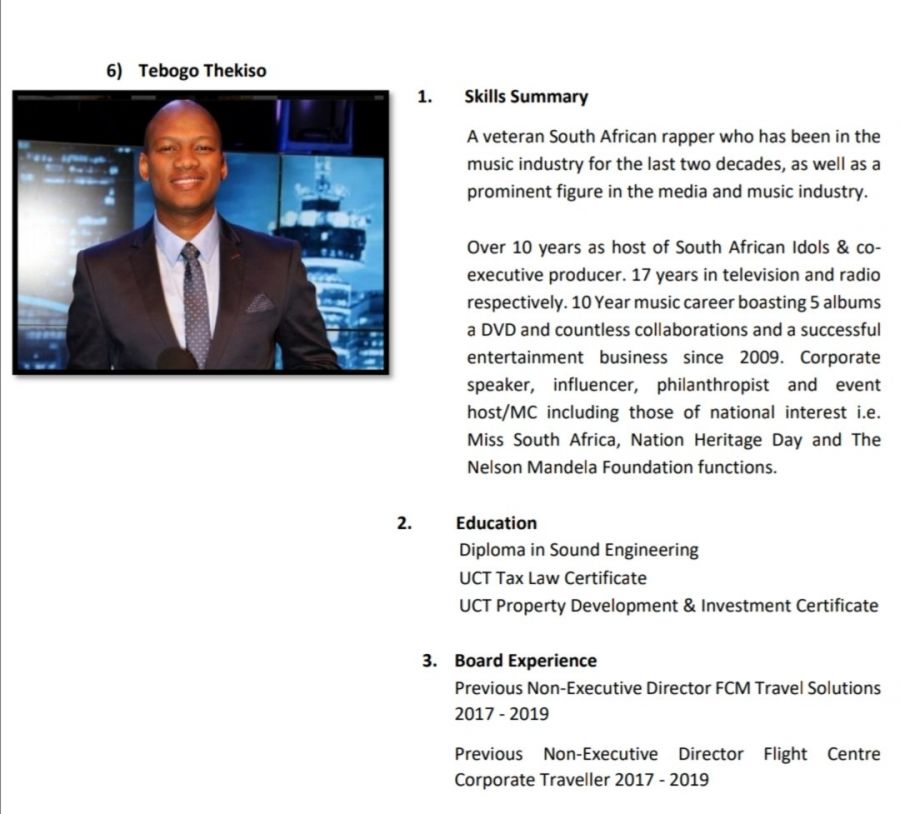 By the way, the songster recently released what he called The Book of Proverb in which he details some of his struggles as an artiste, including his ex-wife’s infidelity, which almost drove him to suicide. It is Proverb as you probably never knew him. It is recommended reading

What do you think of Proverb’s nomination to the South Africa Music Eights Organization board? You might want to join the conversation  by dropping your thoughts in the comment section below.