Competition maketh the world. And it’s doubtful there will ever be an end to competition. If peeps aren’t directly competing, their fans will compare them, invariably pushing the competition narrative.

In South Africa, the competition is pretty intense. Stogie T and Proverb are among the most respected rappers in the industry. They have been around for many years and have released several charming tunes, too. But who is the better of the two? Who is the best rapper?

That question has been flying around for several years, with fans taking sides and declaring their fave the best in the game. In fact, at some point, the two had a rap battle comparable to the Verzuz duel on the American scene.

And again, the fans were quick to pick their favourites. Some declaimed Stogie T as the winner of the battle and, therefore, the best rapper. Proverb’s supporters would not agree.

Amid the ongoing debate on who is the best rapper, some peeps are saying that there are rappers who are way better than Stogie T and Proverb. You can check out the conversation below.

Nah Nah Proverb is the best rapper to come out of SA flop he didn't take this music thing far… This guys word play is second to none… pic.twitter.com/IR1oaANN6j

Incase you wondering who Stogie T is💯🔥
This is why he's Trending. 😌🐐 pic.twitter.com/pUDwGccggE 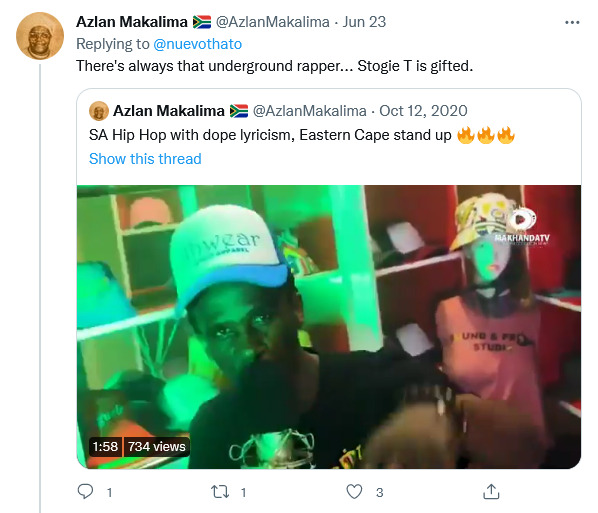 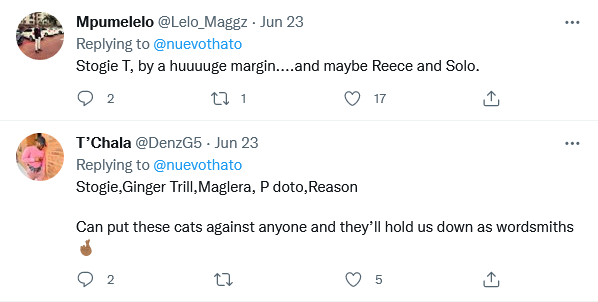 Stogie T, maestro of “Empire of Sheep,” is trending as South Africans discuss his merits as a rapper.

Tags
Proverb Stogie T
John Israel A Send an email 25 June 2022
Back to top button
Close
We use cookies on our website to give you the most relevant experience by remembering your preferences and repeat visits. By clicking “Accept All”, you consent to the use of ALL the cookies. However, you may visit "Cookie Settings" to provide a controlled consent.
Cookie SettingsAccept All
Manage Privacy