Nhlanhla Lux is spearheading a campaign called Operation Dudula, which aims to take the jobs from illegal immigrants in South Africa and give the same to the local population.

His activism in this regard has spawned mixed reactions. While some South Africans are all for his advocacy, others are opposed to it as they think it is nothing more than an avenue for xenophobia.

Nhlanhla Lux himself could not care less what people think about his advocacy. He believes in what he’s doing and has been unstoppable since.

On Twitter streets, his fans are notably vocal. Most of them consider him an asset to South Africa and a figure to be treasured,

WHY PEOPLE ACT LIKE THEY DON’T UNDERSTAND WHAT NHLANHLA LUX IS DOING? EFF SUPPORTERS KEEP SAYING SH!T ABOUT NHLANHLA BECAUSE OF THEIR DAD “MALEMA” NHLANHLA IS NOT DODGY LIKE POLITICIANS WHO ALWAYS WAIT FOR ELECTIONS & COME DOWN TO PEOPLE TO BEG FOR VOTES #podcastandchillwithmacg pic.twitter.com/iAMkcRGSvP

Nhlanhla Lux is far more of a leader than Julius Clown Malema will ever be.

Julius will prostitute SA is he’s ever pres#OperationDudula #PutSouthAficansFirst

While Nhlanhla Lux is getting the commendations, some of the people supporting him are also throwing angry darts at President Ramaphosa, insistn that Nhlanhla Lux is a far better leader than the president xn ever be. Here’s what social media is saying. 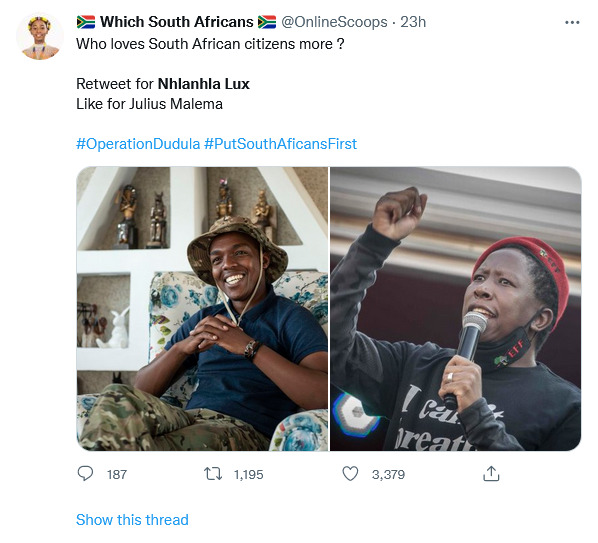 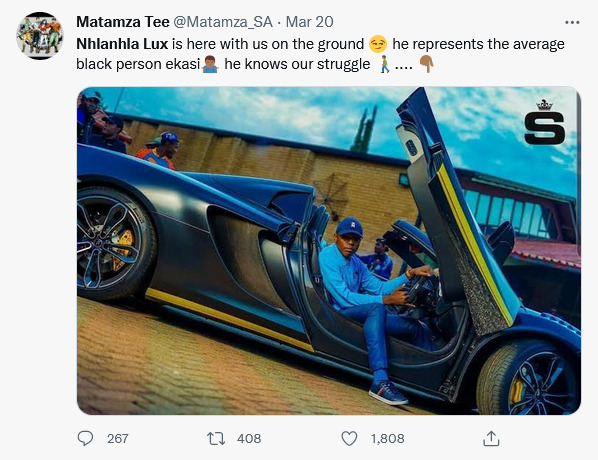 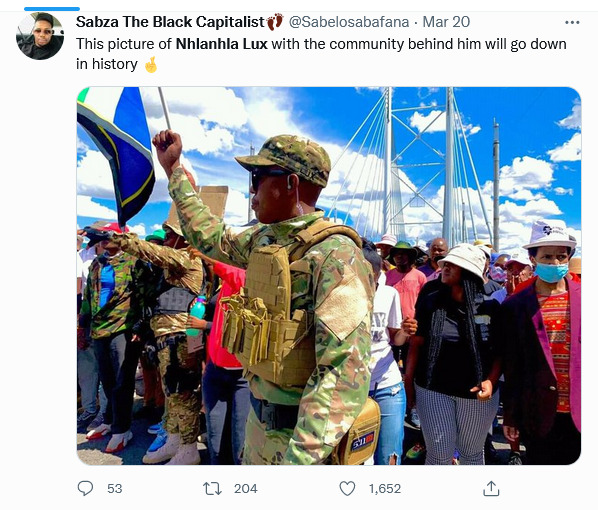 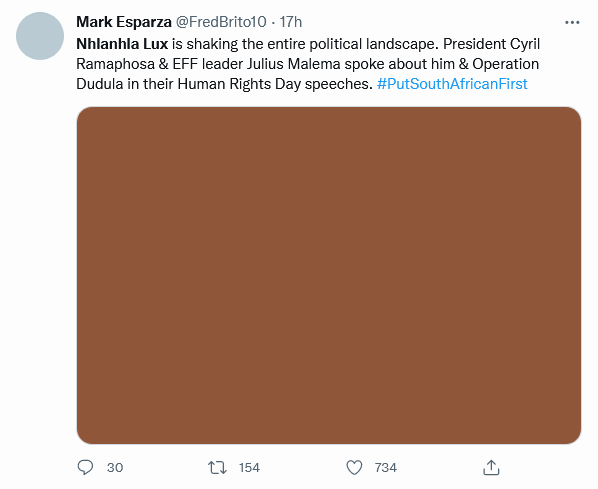 Tags
Nhlanhla Lux
John Israel A Send an email 22 March 2022
Back to top button
Close
We use cookies on our website to give you the most relevant experience by remembering your preferences and repeat visits. By clicking “Accept All”, you consent to the use of ALL the cookies. However, you may visit "Cookie Settings" to provide a controlled consent.
Cookie SettingsAccept All
Manage Privacy