In a tweet before the release of the movie, Pearl Thusi had asked South Africans not to make the movie about her sex scene with another actor, noting she knows saffas and their style. Lol.

She expressed her excitement as well as her hope that fans enjoyed the flick. You can check out the tweet below. 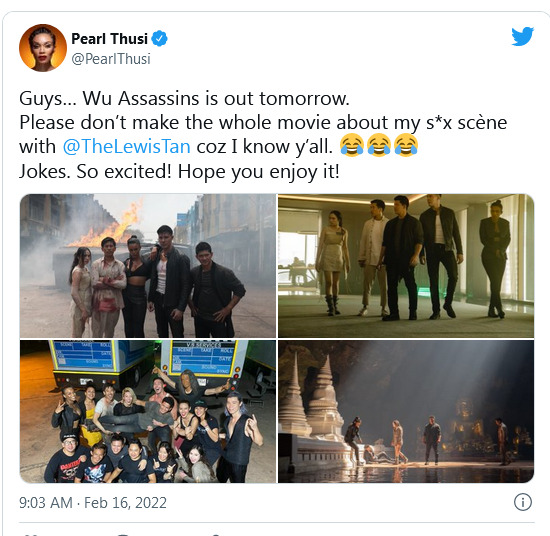 Queen Latifah, who occupies several offices, including those of a rapper, actor and producer, shared a clip in which she pumped up the South African. As far as she’s concerned, “Mrs. Smeg” rocks. You can check out the clip below.

The American isn’t alone in her verdict, however. South Africans were in the comments saying the same thing about their fave.

By the way, in case you missed it. Pearl Thusi recently added “Mrs. Smeg” as part of her name, provoking a wave of excitement she’s now dating Smeg, a gentleman who always goes around with a red Smeg kettle.

The two had a national launch date and even planned another date for Valentine’s day, but it didn’t happen because Pearl Thusi had to work on that day.

Tags
Pearl Thusi Queen Latifah USA
John Israel A Send an email 19 February 2022
Back to top button
Close
We use cookies on our website to give you the most relevant experience by remembering your preferences and repeat visits. By clicking “Accept All”, you consent to the use of ALL the cookies. However, you may visit "Cookie Settings" to provide a controlled consent.
Cookie SettingsAccept All
Manage Privacy