Rasta was born for drama, commented one Twitter user about the painting of Bayana Bayana coach Desiree Ellis, who’s just returned home after taking the South African female side to the WAFCON finals.

Rasta’s paintings have been sources of criticism for as long as one can remember. According to his critics, what the artist considers paintings are nothing more than caricatures of people he purports to paint.

Rasta’s focus appears to be the dead. Yeah, as soon as a notable figure dies, the artist hurriedly paints them. Almost always, though, Mzansi is unimpressed, calling his offerings caricatures.

In one instance, he was publicly begged not to paint a dead celeb because his critics feared he’d turn up with another caricature.

In the case of Desiree Ellis, though, it appears no one saw it coming. But did Rasta mess up with the picture this time? Opinions are divided. You can check out the image below and decide for yourself. 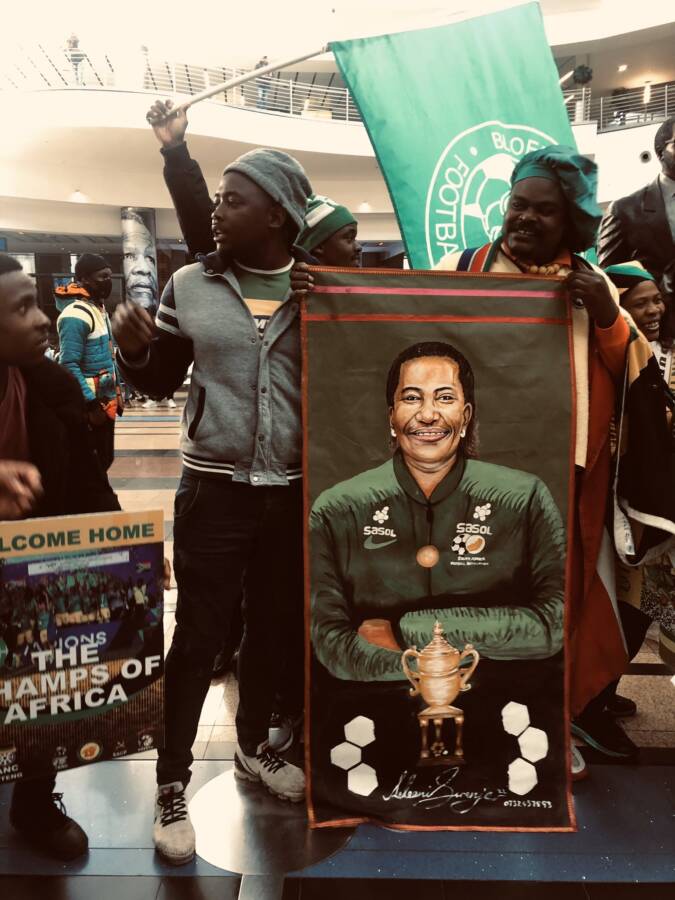 One thing is clear at this point. To ask Rasta not to paint someone is to encourage him to do just that. Would that change anytime soon? Time will tell. And when that happens, you can count on us to bring you the details.

Tags
Desiree Rasta
John Israel A Send an email 27 July 2022
Back to top button
Close
We use cookies on our website to give you the most relevant experience by remembering your preferences and repeat visits. By clicking “Accept All”, you consent to the use of ALL the cookies. However, you may visit "Cookie Settings" to provide a controlled consent.
Cookie SettingsAccept All
Manage Privacy