South African musicians Focalistic and lady Du are the stars of the moment, having jus appeared on billboards in Times Square in New York, United States.

Both artistes have got songs on the “African Heat” curated on Spotify. And yes, both are excited to be on the billboards in New York. Artistes who had earlier popped on billboards on Times Square include Cassper Nyovest and Nasty C. 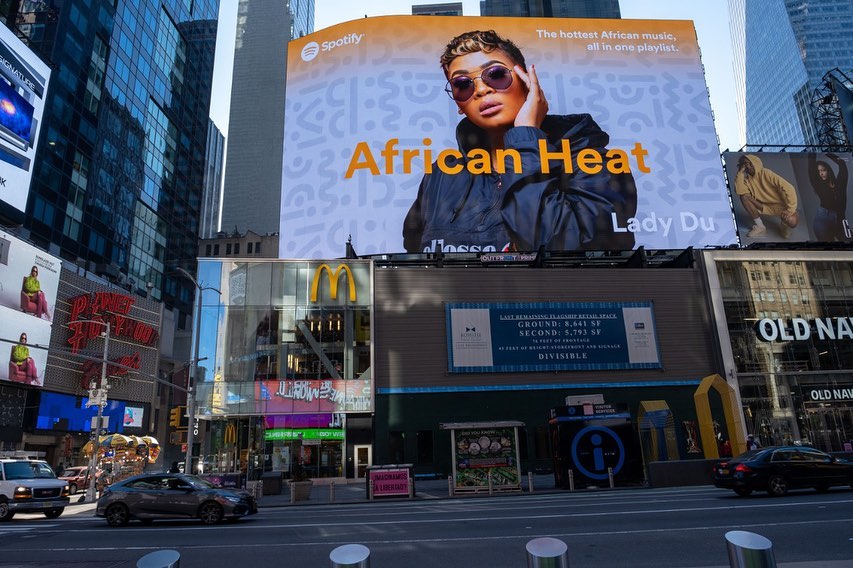 On his part, Focalistic, who has trended for some time with his “Ke Star” hit, made it known that appearing on the billboard in New York was one old dream of his, nursed in 2016.

Like DJ Lady  Du, he’s just made his first appearance on Times Square. And, as he affirmed, it’s an encouragement to do more. 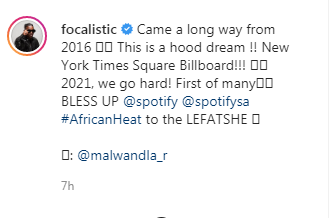 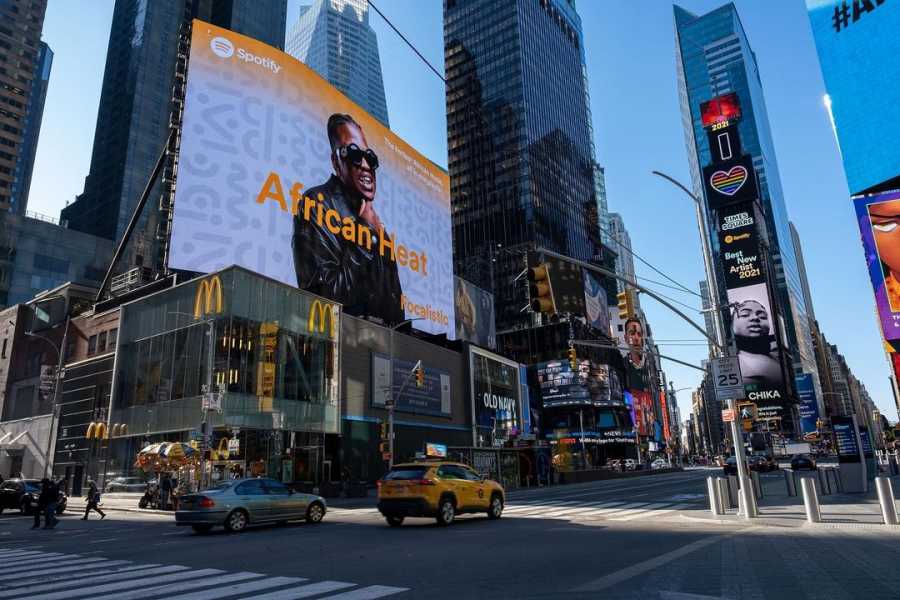 What do you think of Focalistic and DJ Lady Du making it to billboards on Times Square? You may want to join the conversation by dropping your thoughts in the comment section below.

Tags
Focalistic Lady Du
John Israel A Send an email 16 March 2021
Back to top button
Close
We use cookies on our website to give you the most relevant experience by remembering your preferences and repeat visits. By clicking “Accept All”, you consent to the use of ALL the cookies. However, you may visit "Cookie Settings" to provide a controlled consent.
Cookie SettingsAccept All
Manage Privacy