For South Africa-resident fans of American comedian Kevin Hart, there’s a piece of good news. The funnyman has announced he’s adding the Rainbow Nation to his Reality Check Tour.

He announced the event himself with a flyer on his verified Instagram channel. It wouldn’t be a long night with him, though, as he will be performing for one day only. The flyer indicated the event will hold on the 17th of February. The location is the Sunbelt Arena. Add Times Square and Pretoria and you have the complete arena list.

While the news of his coming has excited some South Africans, so are not too happy because from what the comedian shared, he wouldn’t be everywhere in the Rainbow Nation. Some fans are already asking him if he will be coming to their locations in Mzansi as well. There seems to be a strong case for the comedian to come to Cape Town for his Reality Check Tour as well. 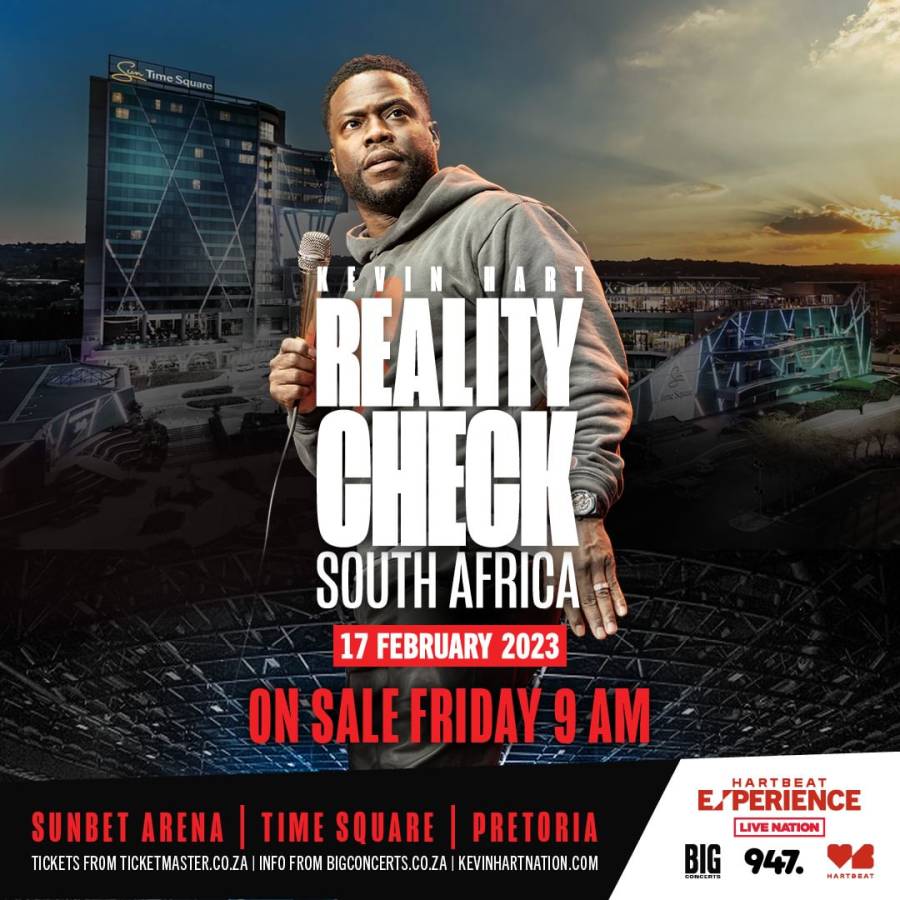 If he will eventually listen to the fans and make additions to the event venues, remains to be seen. But at least he’s coming to Mzansi, and that reality is generating excitement. Until then, you may as well stay tuned for updates.

Tags
Kevin Hart USA
John Israel A29 November 2022
Back to top button
1
Close
We use cookies on our website to give you the most relevant experience by remembering your preferences and repeat visits. By clicking “Accept All”, you consent to the use of ALL the cookies. However, you may visit "Cookie Settings" to provide a controlled consent.
Cookie SettingsAccept All
Manage Privacy