It is crazy how artists are pitted against each other in Mzansi. Well, that’s how it is all over the world. We have seen several comparisons between big Mzansi acts and it never really ends well.

This time, Tweeps are comparing Reece Madlisa and A-Reece. You may wonder why. Thing is, they both seem to be named Reece which sort of makes people want to compare them. Then, there’s the question of who has been making the most impact on the scene recently.

A poll set up by Twitter user, @busanixasibe sees Reece Madlisa with a highly percentage than A-Reece. We don’t know if this means there’s more appeal for him right now. Fans still cannot believe this but you can’t argue with numbers. Madlisa is already on the move this year appearing on some of the jams which were released recently. 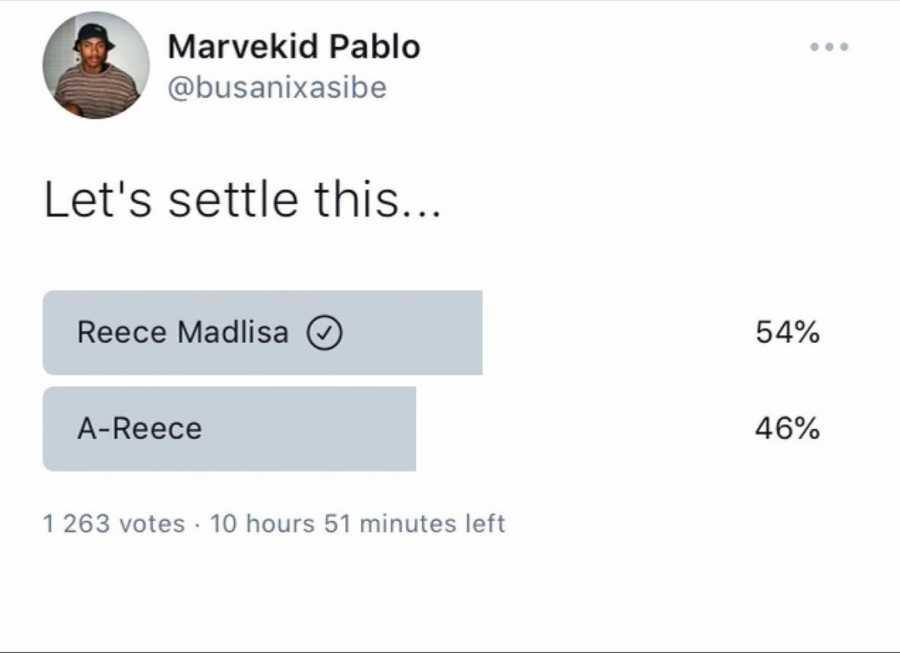 Tags
A-Reece Reece Madlisa
John Jabulani Send an email 12 February 2021
Back to top button
Close
We use cookies on our website to give you the most relevant experience by remembering your preferences and repeat visits. By clicking “Accept All”, you consent to the use of ALL the cookies. However, you may visit "Cookie Settings" to provide a controlled consent.
Cookie SettingsAccept All
Manage Privacy