Cassper Nyovest shares a photo of a dead fan and mourns him on Twitter.

A lot of times, celebrities get so attached to their fans so much so that the things that affect them, touch them too. Mzansi rapper, Cassper Nyovest is known to always have a relationship with some of his fans, and it has been beautiful to watch.

The “Good For That” hit maker recently took to Twitter to share a photo of a dead fan who must have meant a lot to him. Seeing the photo, a lot of his fans sympathized with him, and hailed him for always recognizing the people who support him.

According to info gathered in the post’s comments, the late fan was named Mpho. It seems he died after being involved in a car accident. That’s quite some sad news. Some of Mufasa’s fans also shared heartbroken messages in reaction to the news. 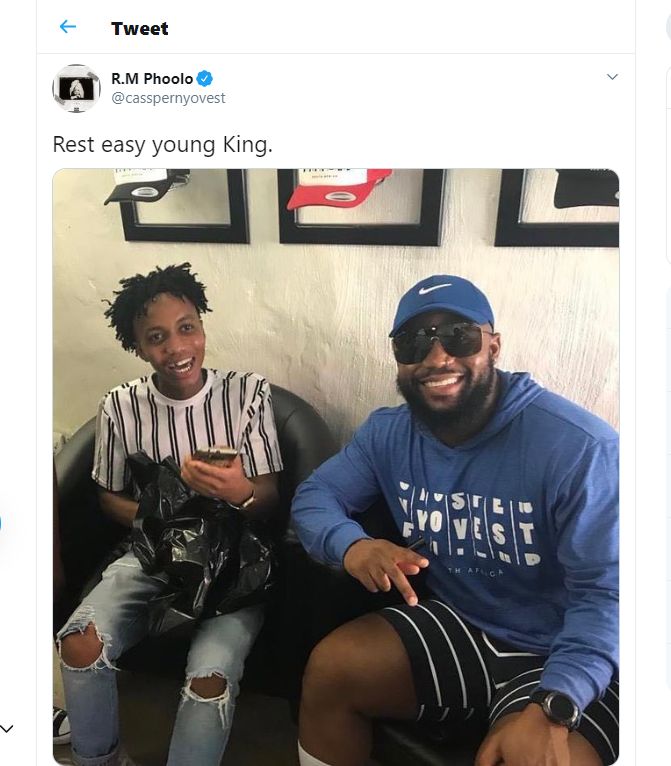 For latest news, albums, EPs, songs, videos and more from this artist/topic, click on the name or related topics below, otherwise keep scrolling for more hot exclusives.
Tags
Cassper Nyovest