Halloween isn’t exactly here, but the housewives of the reality show Real Housewives of Durban (RHOD) had no qualms creating one – and viewers followed according.

Apparently, every viewer has his fave and has no qualms commenting on the same.

Nonku may not be everyone’s fave, but her fans appreciate that she’s authentic – being herself and saying things the way they are, while others are “in denial.”

In previous moments, though, some fans had denounced Nonku and her mother for “speaking ill” about Ayanda Ncwane, a former housemate who was not on set to defend herself.

Londie London turned out so gorgeous for the Halloween party that Mzansi couldn’t keep quiet about her outfit and how good she looked. Even celebrated comedian Lasizwe was struck by her charms and he voiced it out in a tweet. She was even described, by another fan, as one of the best dressed for the party.

And MaKhumalo? Some viewers think she isn’t jelling well with other ladies and that dislikes her and shows that without restraints. Some think she doesn’t fit it and shouldn’t make it to next season. You can check out the storm of opinions below. 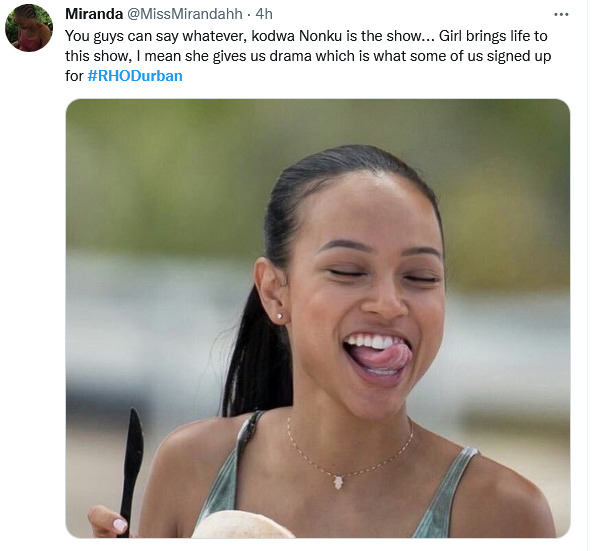 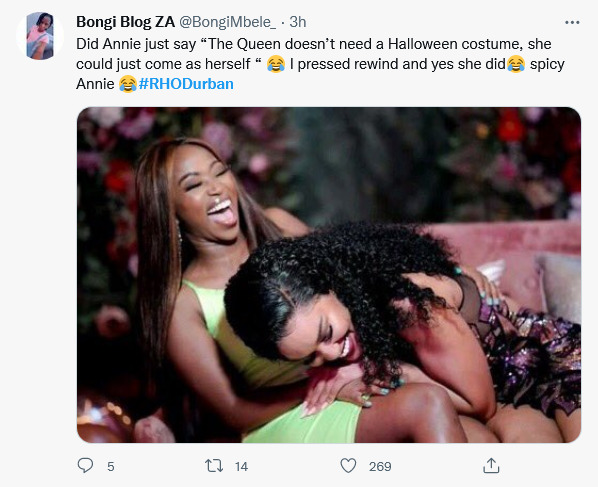 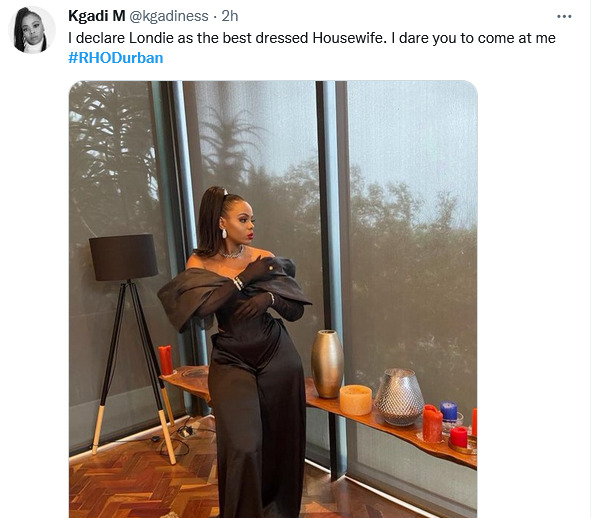 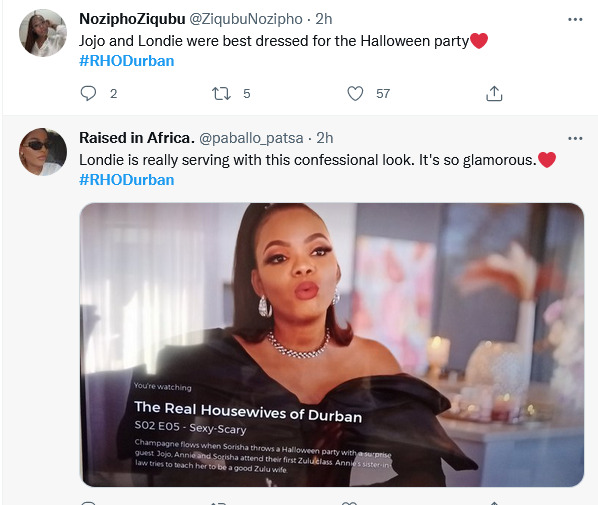 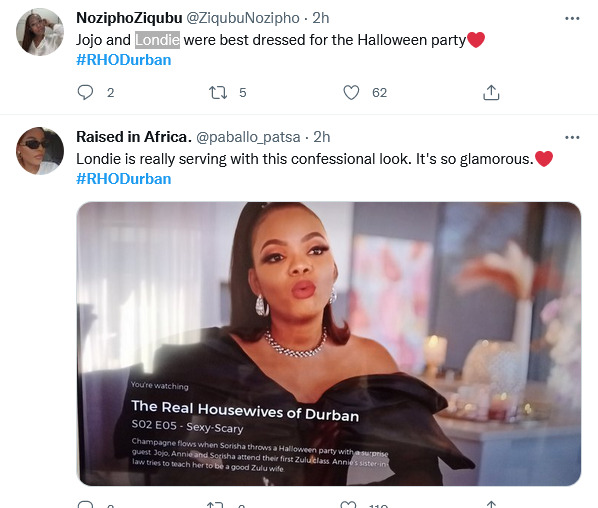 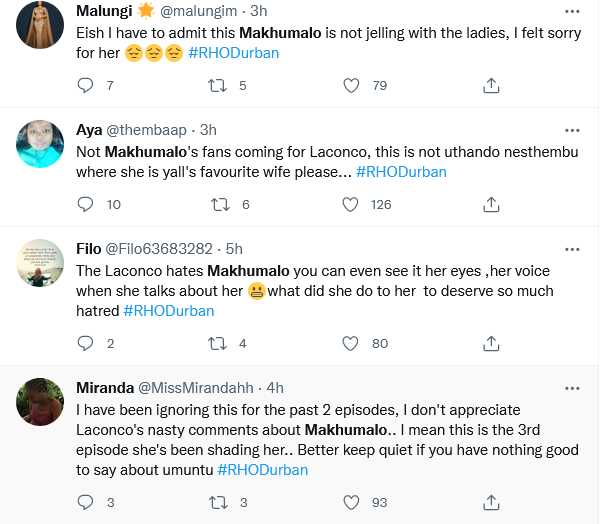 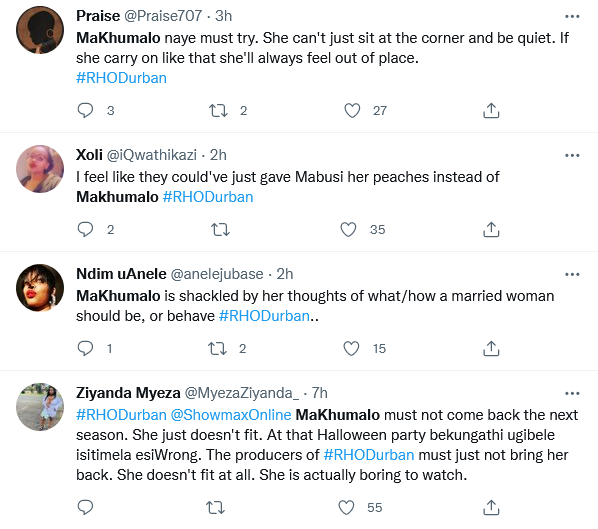 If there’s something that’s not in doubt, it’s that viewers love the drama.

Tags
Londie London MaKhumalo Nonku Williams RHOD
John Israel A Send an email 25 February 2022
Back to top button
Close
We use cookies on our website to give you the most relevant experience by remembering your preferences and repeat visits. By clicking “Accept All”, you consent to the use of ALL the cookies. However, you may visit "Cookie Settings" to provide a controlled consent.
Cookie SettingsAccept All
Manage Privacy