The drama continues among the Real Housewives of Durban Housemates as Londie somehow managed to leave fellow housemates LaConco, Mabusi and Nonku stranded. It wasn’t planned that way. The unexpected cropped up.

In the previous episode of the show, Londie had announced that her partner will be treating her and other housemates to a little getaway at Nambiti Hills.

She communicated this to the housemates but failed to detail the travel arrangements, which led to the ladies not going to Nambiti Hills together, some ladies going by a private jet and others by a shuttle service.

Londie had arrived at Nambiti Hills where she was told that it was fully booked and will not contain all the guests of the reality show.

Annie, Sorisha, Thobile, and Jojo arrived early, having flown on a private jet generously provided by Sorisha’s husband, the billionaire Vivian Reddy. Because they got to the Lodge early, they were able to take the available rooms

LaConco, Mabusi and Nonku got on a shuttle service, and it broke down along the way, leaving them stranded for a while on the road. When they got to the lodge, Londie told them they would have to lodge elsewhere, about an hour’s drive from Nambiti. The trio was unimpressed.

Check out some reactions below. 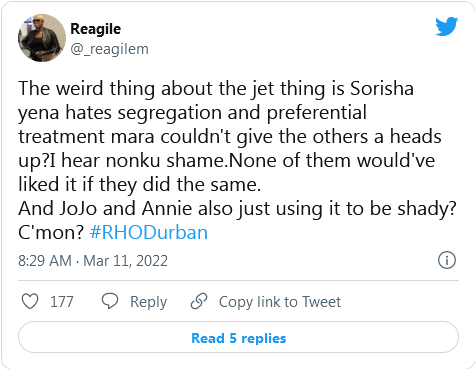 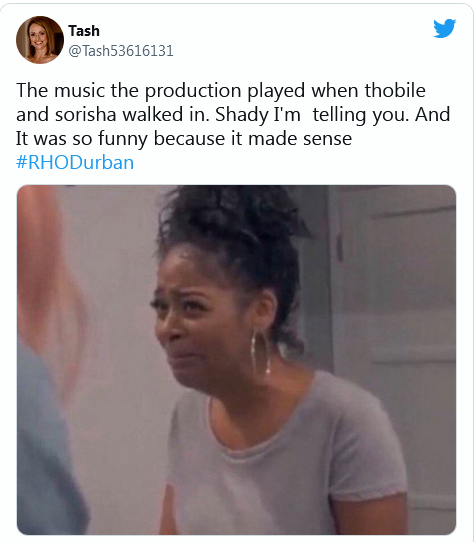 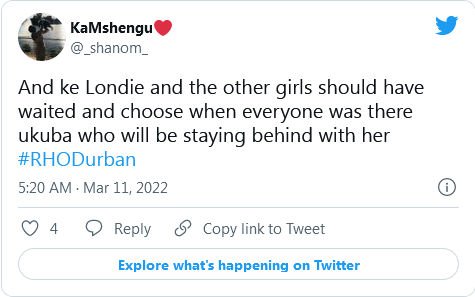 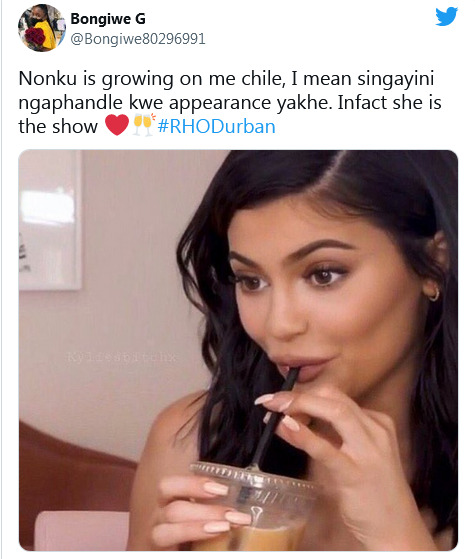 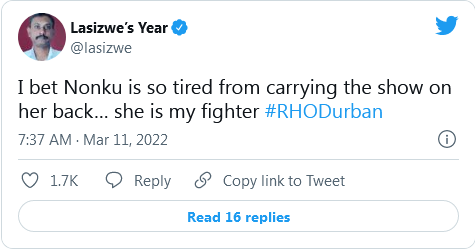 Tags
RHOD
John Israel A Send an email 12 March 2022
Back to top button
Close
We use cookies on our website to give you the most relevant experience by remembering your preferences and repeat visits. By clicking “Accept All”, you consent to the use of ALL the cookies. However, you may visit "Cookie Settings" to provide a controlled consent.
Cookie SettingsAccept All
Manage Privacy