Real Housewives of Durban (RHOD) star Laconco failed to impress viewers again, and they are questioning why she’s always taking and not doing something for the other ladies in return.

Nonku had the viewers’ attention as well, and they thought her the star of the show, noting how the other housemates seemed to talk about her all the time.

Nonku Williams had a fling with the late gospel singer Sifiso Ncwane and bore a child for him. As a result, most of her conversations on the show have been about the late musician and the woman he was legally married to, Ayanda.

She’d been severely criticized for being too embedded in the past and her relationship with the late musician. Now it appears she has made a change. But one sticking point about her, according to some viewers, is her bringing uninvited guests.

Real Housewives of Durban is a spinoff of a reality show of the same name, minus the locative noun. This season has had many dramas, with LaConco, Nonku, and Queen travelling to Nambithi for an outing while Sorisha flew on a private jet with her cronies.

The sporadic drama and conflict surrounding the show notwithstanding, viewers are having a good time sharing their thoughts about it. 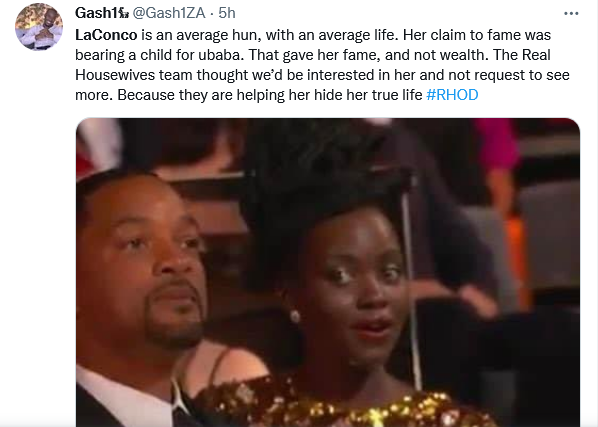 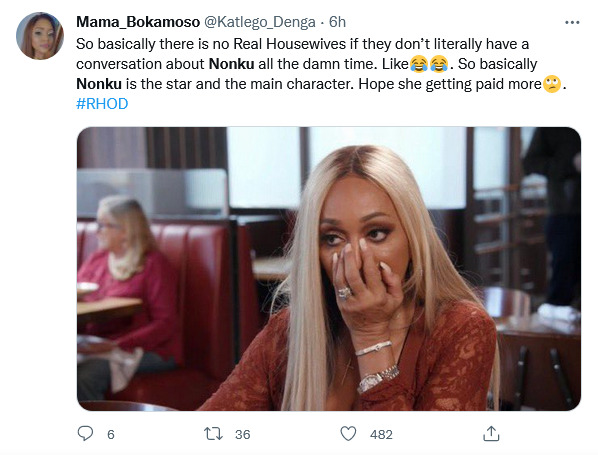 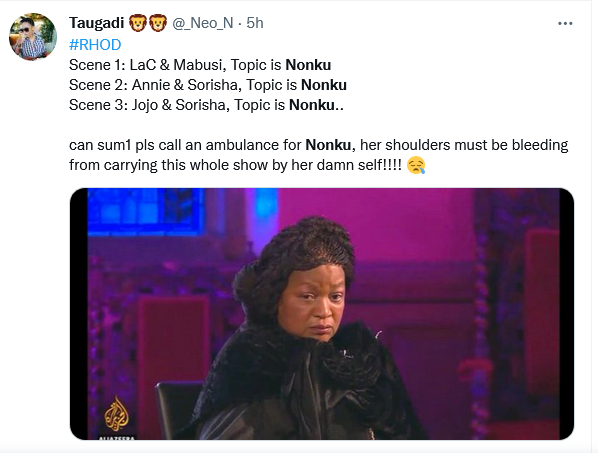 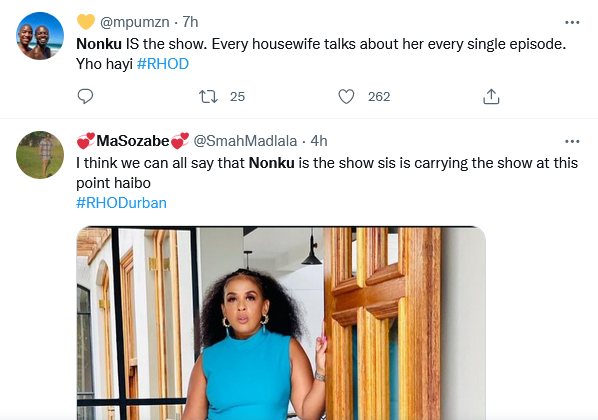 Tags
Laconco Nonku Williams RHOD
John Israel A Send an email 1 April 2022
Back to top button
Close
We use cookies on our website to give you the most relevant experience by remembering your preferences and repeat visits. By clicking “Accept All”, you consent to the use of ALL the cookies. However, you may visit "Cookie Settings" to provide a controlled consent.
Cookie SettingsAccept All
Manage Privacy