The drama in the Real Housewives of Durban (RHOD) continues, and so does the talking by fans who have been following the reality show.

This time, Annie and Laconco appear to be in the spotlight, with multiple missiles hitting them from viewers.

Some viewers are enamoured of Laconco’s energy, and they think her an authentic wife material. Well, at the moment, it doesn’t appear like Laconco is in a relationship right now. Lol. Her last known public relationship was with Jacob Zuma, South Africa’s former president.

Some viewers think Laconco is nothing more than a poster girl for sanctimony. One viewer had pointed out that Laconco had spoken ill of Thobile multiple times but thought it taboo that Nonku should speak ill of Ayanda when she was away.

For this reason, some viewers said they were beginning to dislike her.

The viewers came for Annie as well. However, some viewers were irritated that Annie, who had met her husband when she was just 16, should judge the actress Khanyi Mbau for giving her daughter freedom at 15. You can check out the reactions below. 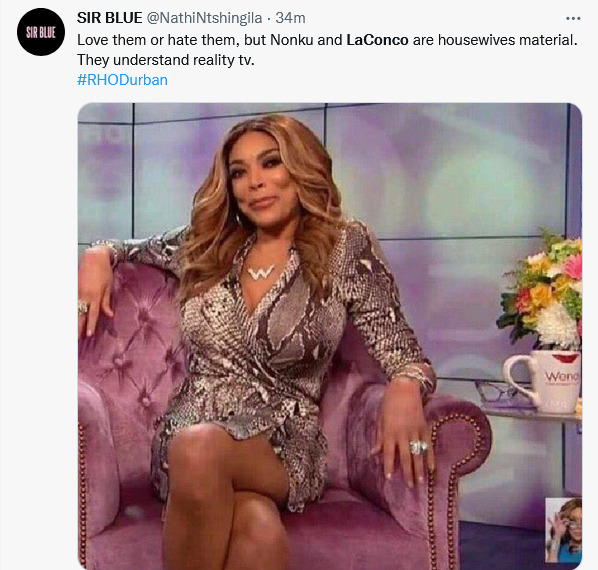 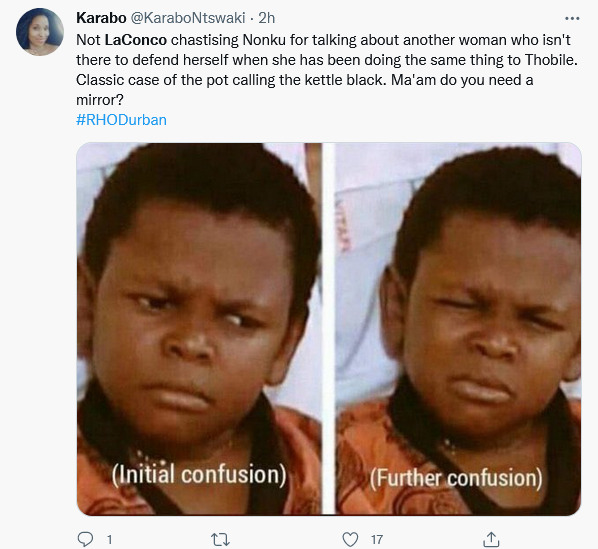 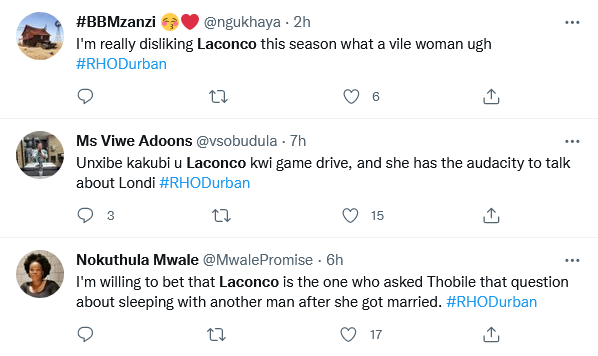 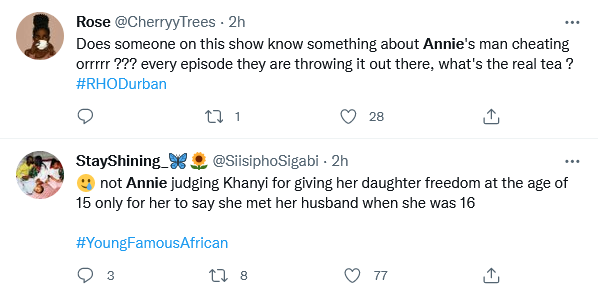 By the way, the Real Housewives Of Durban is a reality show spinoff that has since spread worldwide.

Tags
Annie Ludick Mthembu Laconco RHOD
John Israel A Send an email 18 March 2022
Back to top button
Close
We use cookies on our website to give you the most relevant experience by remembering your preferences and repeat visits. By clicking “Accept All”, you consent to the use of ALL the cookies. However, you may visit "Cookie Settings" to provide a controlled consent.
Cookie SettingsAccept All
Manage Privacy