Will there ever be an end to the drama in the Real Housewives of Durban reality show? We seriously doubt that. Each week, the housemates give viewers a lot to talk about and some of the housemates end up trending as a result.

This week was no different.

Annie, Nonku, Londie and Thobile gave viewers more than enough to talk about. One fan of the show appeared miffed over what she thought was the gang up against Nonku by Londie, Jojo, and Annie. The same fan also expressed delight at Nonku not giving a fuck about the whole drama.

Another fan expressed a similar sentiment, urging Londie to be strong on her own and not inherit other people’s beef and adversaries.

Some fans see Nonku as the real thing in the Real House of Durbans as the show would be “whack” without her.

On Thobile, opinions were pretty different, with some users noting she’s only lively when polygamy was being discussed, or when Musa Mseleku was around. Some viewers think she’s out of place for the most part and not a great fit for the show.

You can check out some of the reactions so far below.

Listen!!!!! Londie is serving Luxury on the dot.😍 #RHODurban pic.twitter.com/pnbGgZWbCd

If they don’t talk about Nonku… they literally have nothing to talk about #RHODurban pic.twitter.com/DpWyLU7gDP 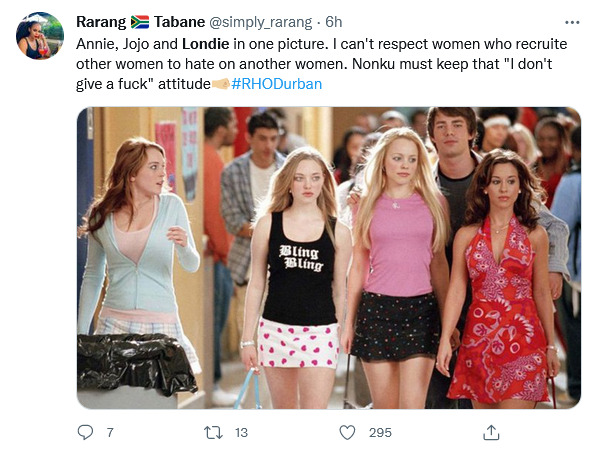 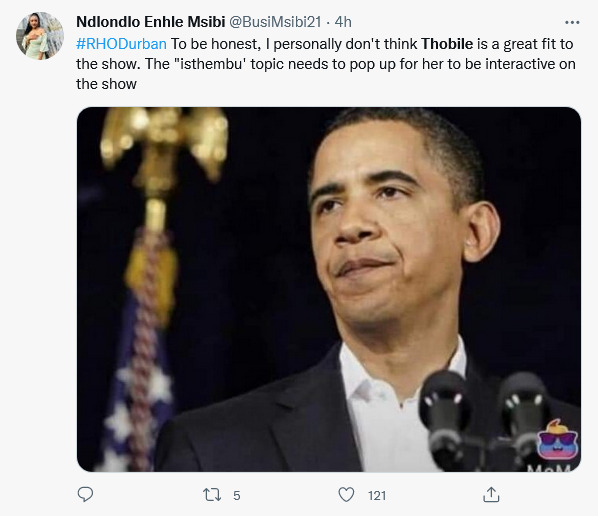 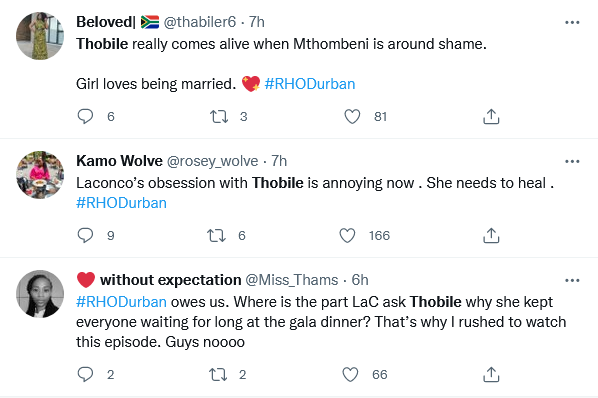 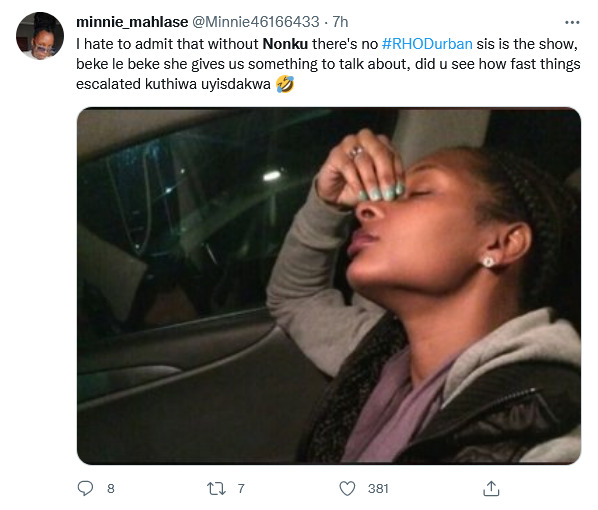 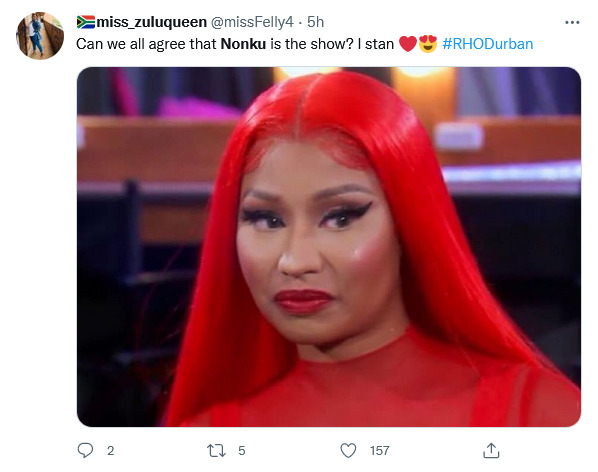 Will new episodes of the show be any different?

Tags
Londie London Nonku Williams Thobile
John Israel A4 March 2022
Back to top button
Close
We use cookies on our website to give you the most relevant experience by remembering your preferences and repeat visits. By clicking “Accept All”, you consent to the use of ALL the cookies. However, you may visit "Cookie Settings" to provide a controlled consent.
Cookie SettingsAccept All
Manage Privacy