After “flopping” in his hosting duties on the Real Housewives of Durban (RHOD) reality show, Musa Mseleku has popped into the radar of the viewers of the show again – and the reactions have been missed.

Sorisha Naidoo had invited Makhumalo and her husband Musa Mseleku to dinner, and Musa, who had stated in a previous episode of the show that he doesn’t take alcohol, ended up it when it was offered at Naidoo’s.

Dome viewers think he was just too excited to be at Sorisha’s and was there for connection and nothing else. One viewer even ended up asking an irreverent question: “Are you sure Mseleku has money?”

One fan even noted that Mseleku, a happy polygamist, wasn’t happy that Vivian wasn’t there.

According to one user, Mseleku was a total waste of screen time. It appears like viewers had a hard time agreeing on the Mseleku character and how it played out at dinner. You can check out some reactions below. 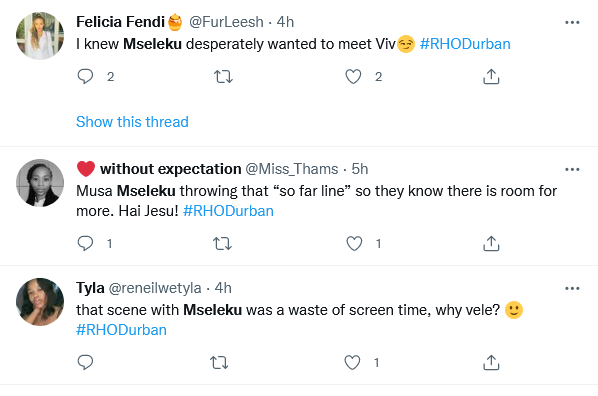 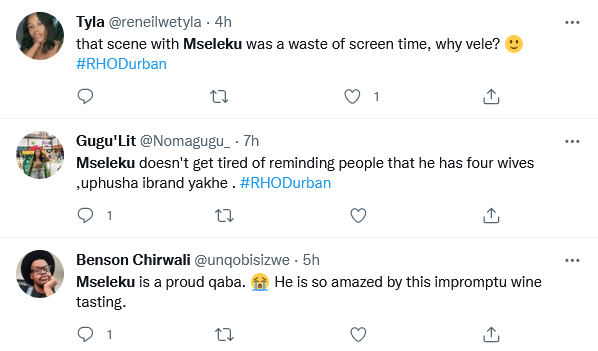 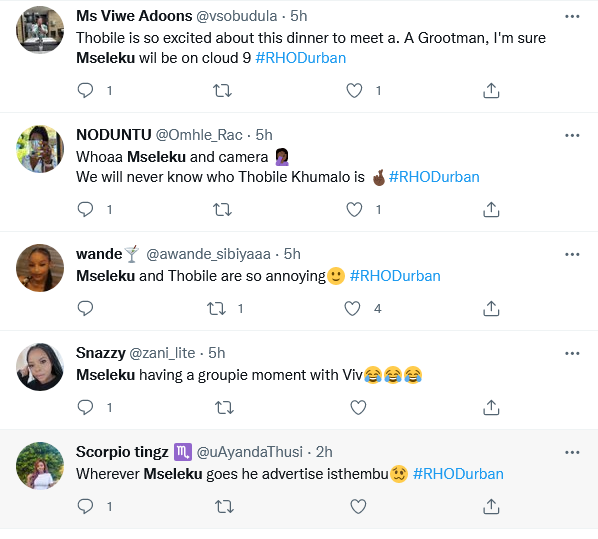 The Real Housewives of Durban is a spinoff of a show that originated elsewhere but has since traveled all over the world. Since its premiere in South Africa, users have been picking their favorites and bashing those they think boring.

Tags
Musa Mseleku RHOD
John Israel A Send an email 4 March 2022
Back to top button
Close
We use cookies on our website to give you the most relevant experience by remembering your preferences and repeat visits. By clicking “Accept All”, you consent to the use of ALL the cookies. However, you may visit "Cookie Settings" to provide a controlled consent.
Cookie SettingsAccept All
Manage Privacy