Laconco, Mabusi and Thobile had Real Housewives of Durban Viewers talking for much of the week.

Mabusi might not be an official member of the Real Housewives of Durban cast, but some of her stans think she deserves to be official in the cast. According to them, she’s got what it takes.

Her encounter with Jojo was of particular interest to her stans. They especially applauded her response when Jojo reportedly asked her a “condescending” question about how she was able to afford the things she had. 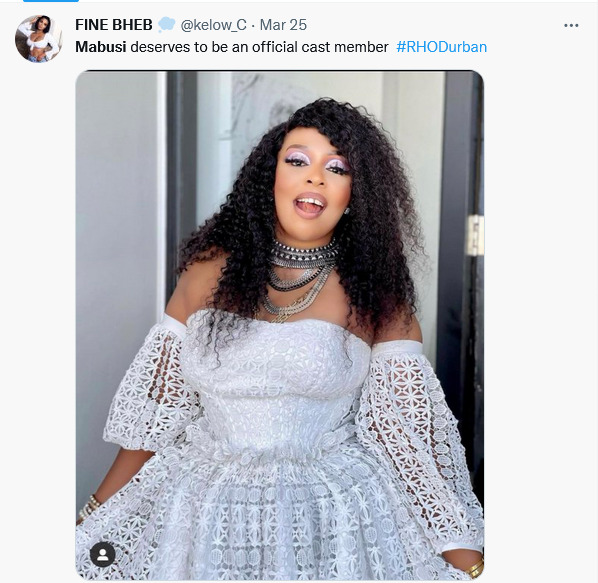 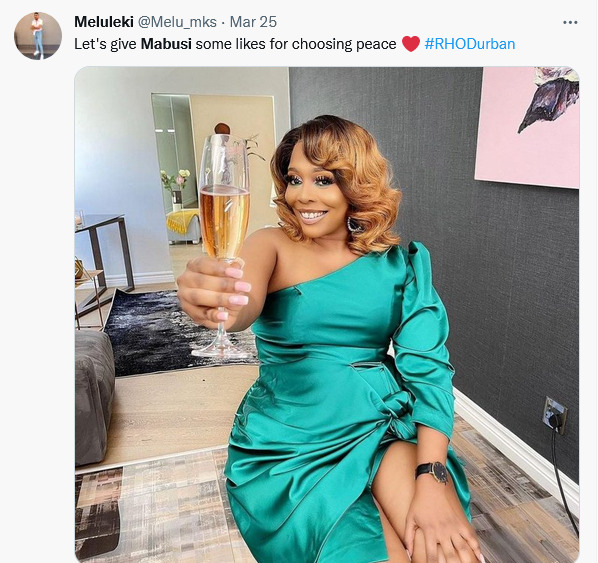 Laconco had asked Londie what she said that made people comfortable to say shitty things about her (Laconco) behind her back. Some viewers could only chalk it to Londie being “the biggest gossip” among the cast.

That notwithstanding, Laconco still had some viewers fuming, as they feel that she’s too private for the show and drains the spirit from it. They affirmed Nonku’s verdict that Laconco was two-faced. 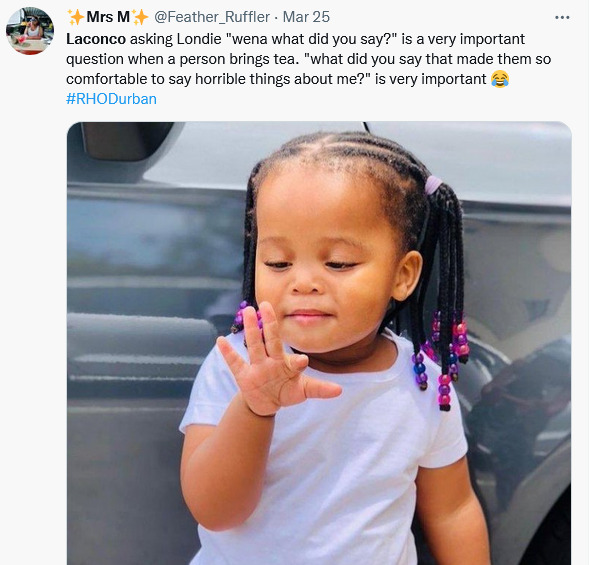 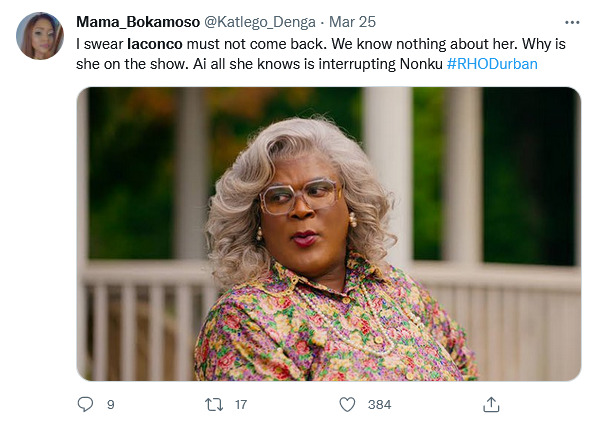 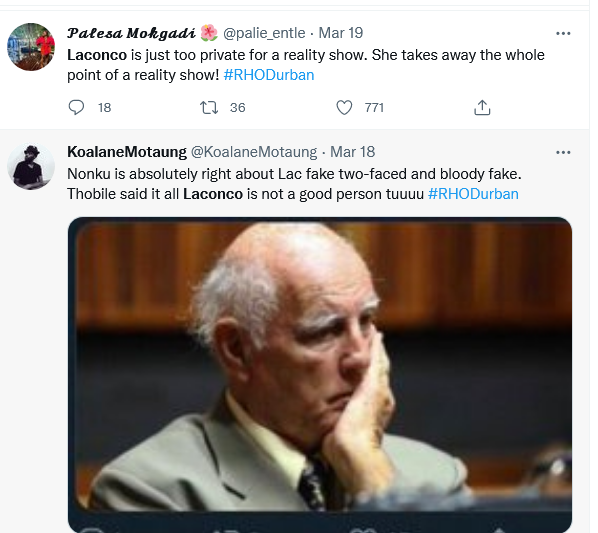 Thobile has got many viewers fuming as well because they think she makes no contributions to the show. Their verdict? She should be missing next season. Some viewers believe her the ideal housewife, though, because, according to them, she doesn’t have the dark energy of the other housemates. 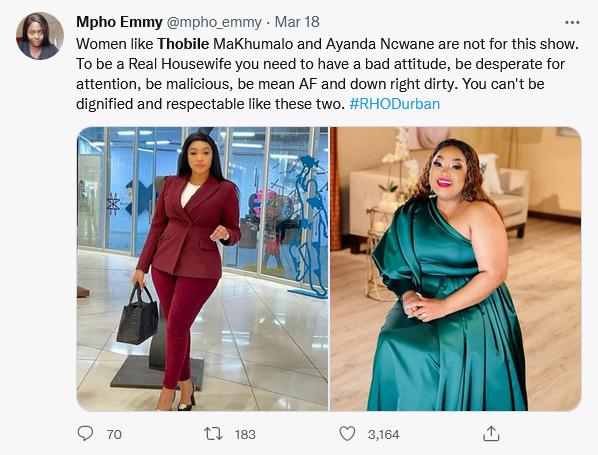 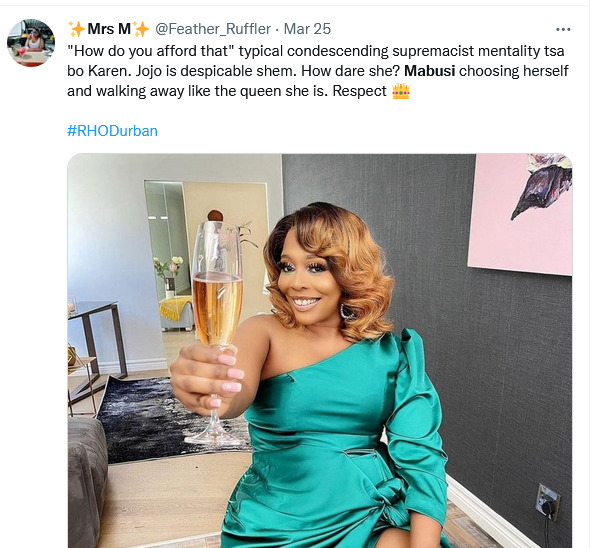 But what will change in new episodes? Stay tuned.

Tags
Laconco Mabusi RHOD Thobile
John Israel A Send an email 26 March 2022
Back to top button
Close
We use cookies on our website to give you the most relevant experience by remembering your preferences and repeat visits. By clicking “Accept All”, you consent to the use of ALL the cookies. However, you may visit "Cookie Settings" to provide a controlled consent.
Cookie SettingsAccept All
Manage Privacy