Season 2 of the reality show Real Housewives Of Durban (RHOD) is here, and fans of the show have not only got their faves, they’ve got a slot to sat abou the show already.

Previously, Annie had come under fire over how she decorated a cake, which was supposedly to pass a message about how she feel about fellow housemate LaConco. She was denounced as “disrespectful” because of that.

Nonku Williams had alco come under fire because some viewers thought she had ganged up with her mother to disparage the name of ex-housemate Ayanda Ncwane, who wasn’t on the ground to defend herself.

A fan had noted that the RHOD is not fiction an that Nonku’s attitude towards Ayanda showed her character in real life.

By the way, while some fans are not having Annie’s character, some others are all for it. Some fans are of the view that she’s a vital addition because of the drama she brings to the show.

The first season of RHOD was a big win with the fans, and if the drama of the second season should continue, Mzansi might end up with a national burp. You can check out some reactions to the current season of the show below.

aottwt when annie finally breaks out of that crystal pic.twitter.com/9MMKmygsTa

Jojo is giving us the high quality content Ayanda gave us. I’m here for it 🙌🏾🥂#RHODurban pic.twitter.com/kfmvvG6RyG 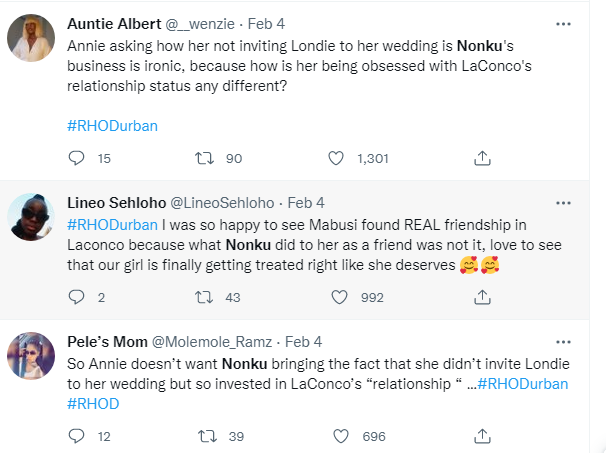 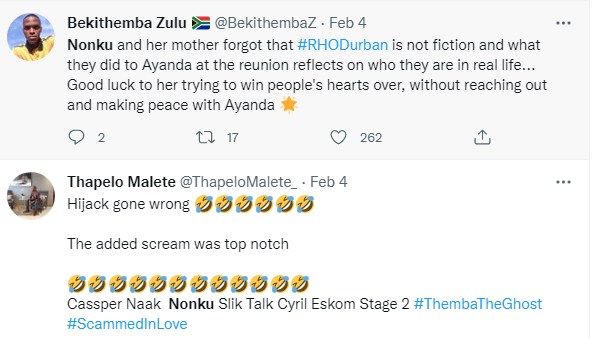 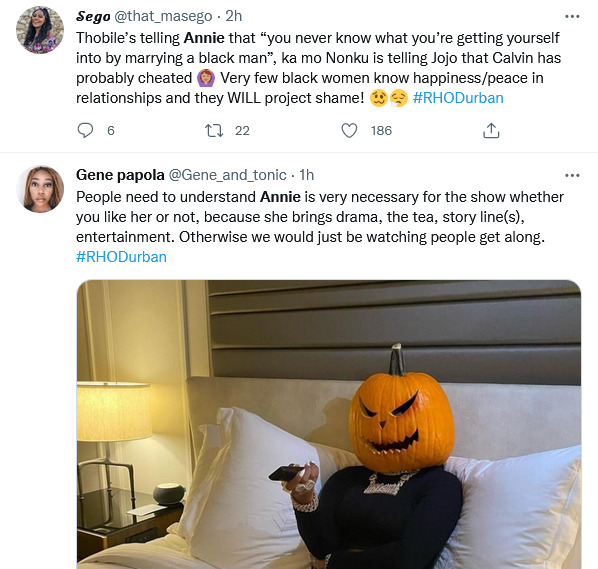 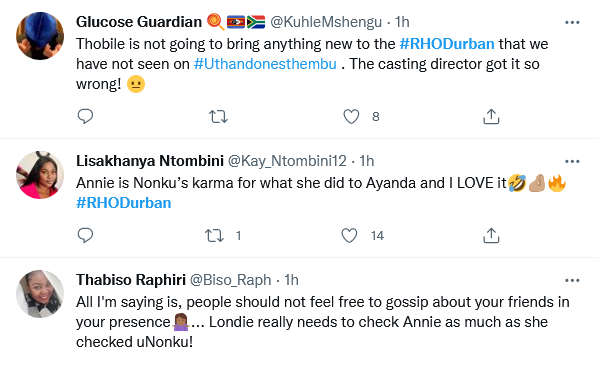 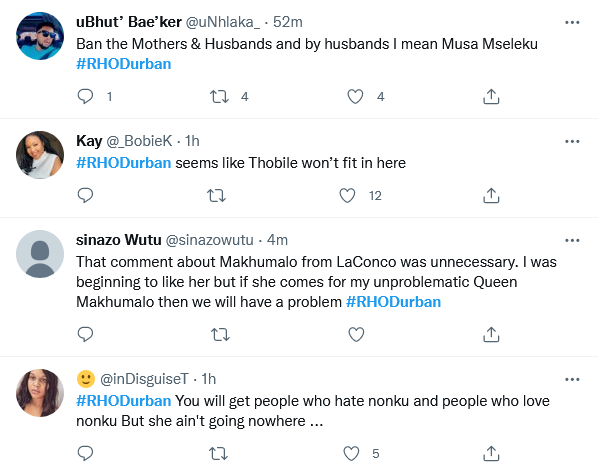 Tags
Real Housewives Of Durban
John Israel A Send an email 11 February 2022
Back to top button
Close
We use cookies on our website to give you the most relevant experience by remembering your preferences and repeat visits. By clicking “Accept All”, you consent to the use of ALL the cookies. However, you may visit "Cookie Settings" to provide a controlled consent.
Cookie SettingsAccept All
Manage Privacy