Will the gossip ever end among the Real Housewives of Durban? Maybe yes. May no. Either way, fans are following what’s going on – and they have not been silent.

Nonku has been the subject of attention for most viewers for a while now. Previously, she had been criticized for “ganging up with” her mother to speak ill of Ayanda Ncwane, a past RHOD cast member whose late husband, Sfiso, Nonku had an affair with at some point.

Somehow, Sfiso was the subject of Nonku’s conversation this past episode. She’d claimed that the gospel musician wanted to leave Ayanda and marry her. Some fans are not having it, however. They wonder why she should continue speaking about Ayanda, who’s not present, and Sfiso.

Much later, she would state that she should not have spoken about the late Sfiso and his widow Ayanda.

Nonku Williams insists that this is her truth and she will speak it. pic.twitter.com/fKQz4ulMzW

Nonku is so naive it's sad. She honestly can't tell us that she believed Sfiso for saying he made a mistake by marrying Ayanda. Men will say ANYTHING to get under your pants. Heal Nonku Williams… HEAL!!! #RHODurban pic.twitter.com/6cdVnjS4wi

That call Sorisha made to Viv

Sorisha : “Babe.. some of the girls are not happy that they ddnt fly with us “ 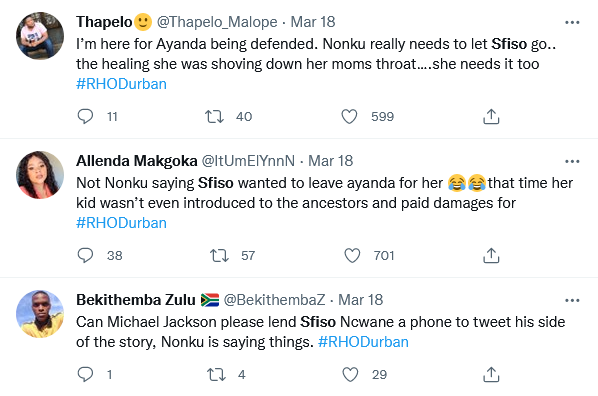 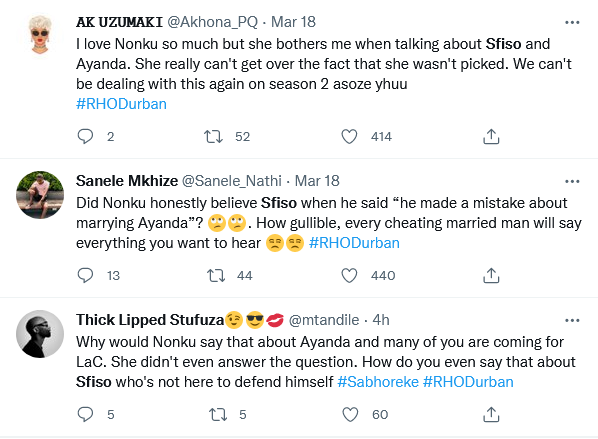 Sorisha also popped in the conversation of viewers of the show, with some peeps arguing about her bleaching her skin – a fact she hasn’t hidden anyway. Others brought up the incident when Londie took the ladies out, and she jetted out alongside her other friends in a private jet while other castmates, including Laconco, were stranded along the way. 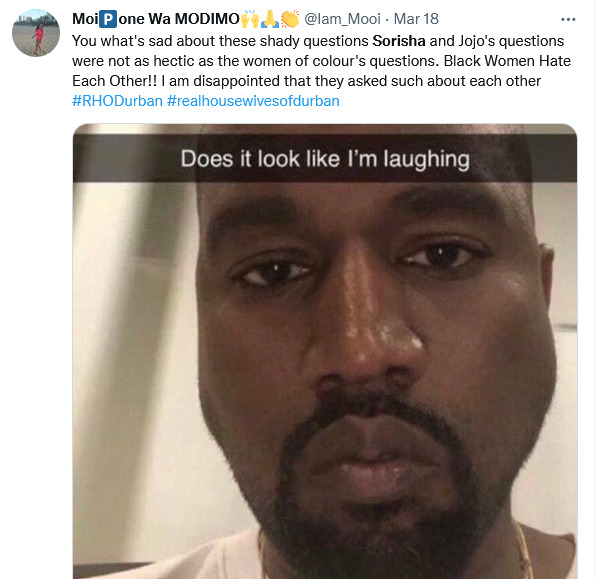 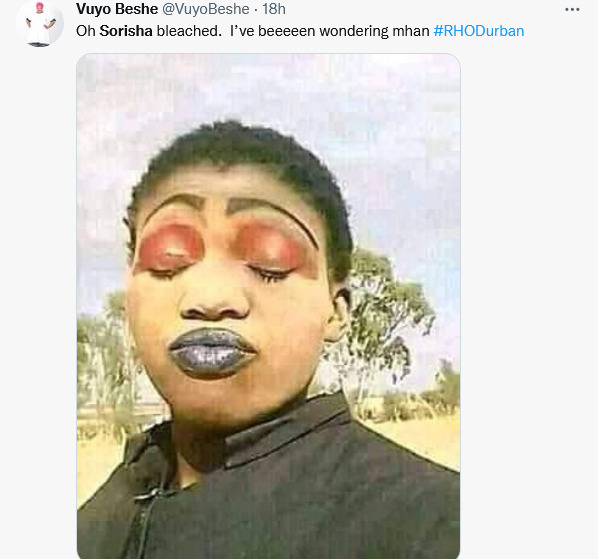 Tags
Ayanda Ncwane Real Housewives Of Durban RHOD Sfiso Sorisha Naidoo
John Israel A Send an email 19 March 2022
Back to top button
Close
We use cookies on our website to give you the most relevant experience by remembering your preferences and repeat visits. By clicking “Accept All”, you consent to the use of ALL the cookies. However, you may visit "Cookie Settings" to provide a controlled consent.
Cookie SettingsAccept All
Manage Privacy