The drama continues among the cast members of the Showmax reality show Real Housewives of Durban, with Sorisha putting up an iron front and not letting anything or anyone get to her.

It is well known that Mabusi and Laconco often said things behind Sorisha’s and even ranted about the jet saga. Laconco would readily deny it, but Mabusi apologised (earning the nod of some viewers for it).

Speaking to Annie about the whole drama, however, Sorisha made it clear that how and what people talk of her doesn’t qualify who she is. She knows herself and doesn’t need anyone’s validation.

Nonku bringing up the late Sfiso into the conversation and stating the gospel musicians made a mistake by marrying Ayanda Ncwane was a source of particular irritation to Laconco.

There’s big news for Londie London’s fans as she announced on set that she’s pregnant. She wouldn’t say how far gone she was even when Laconco asked.

Some viewers faulted Londie for that because Laconco is her friend or at least has been trying to gummy up with her. Some viewers wondered how Londie could keep her pregnancy from other cast members until the reunion episode. And yet others commended MaKhumalo for not taking any nonsense from Laconco.

Damn. MaKhumalo wasn’t taking any of LaC’s nonsense in this reunion #RHODurban pic.twitter.com/9Vpl96DFth 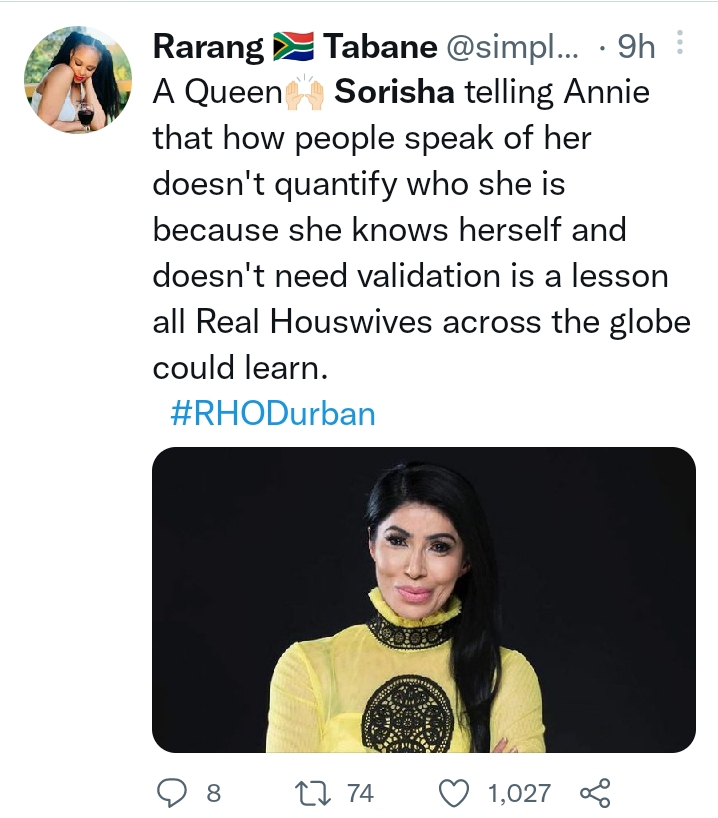 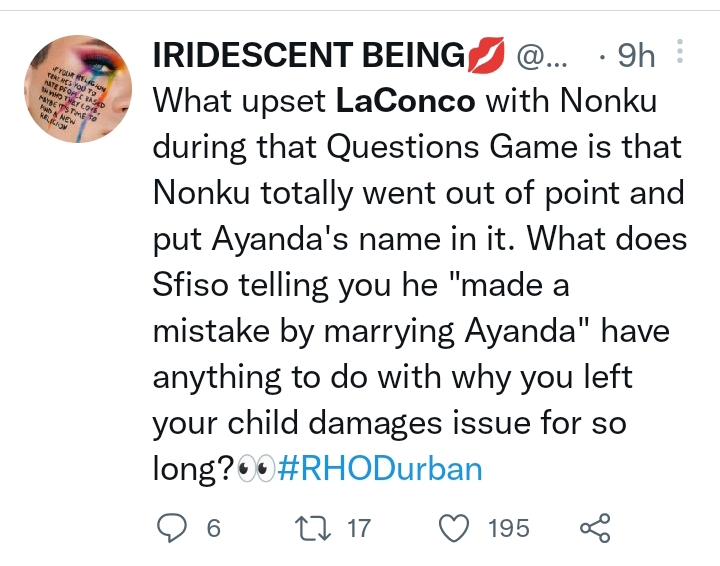 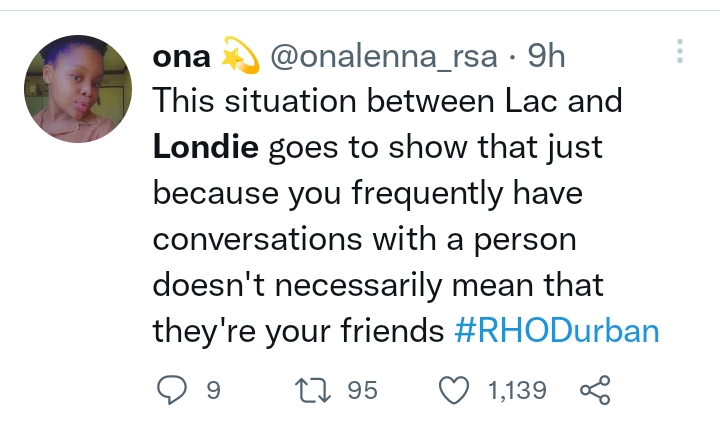 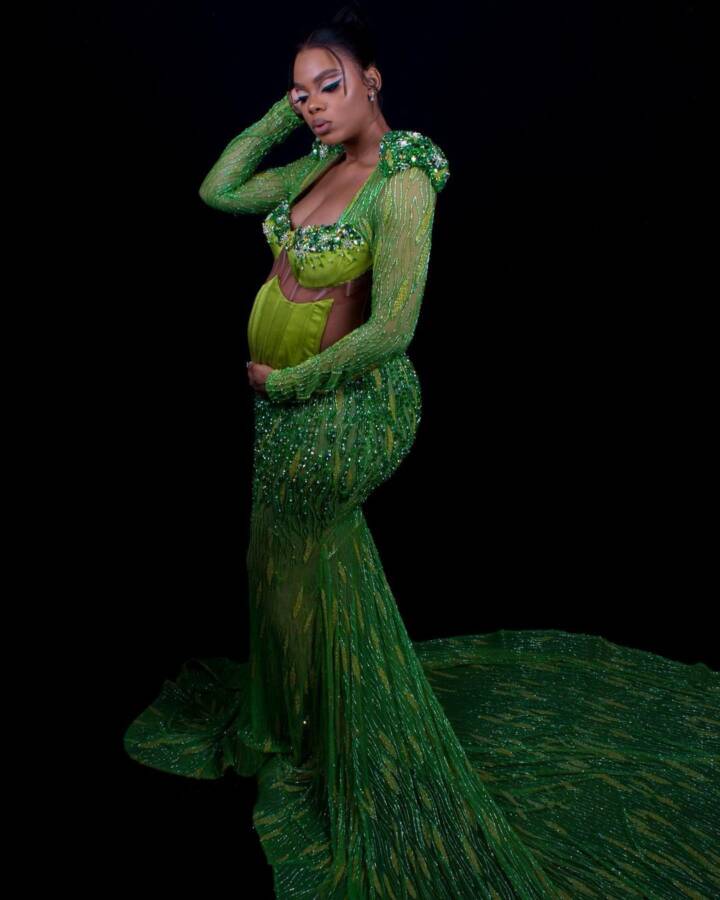 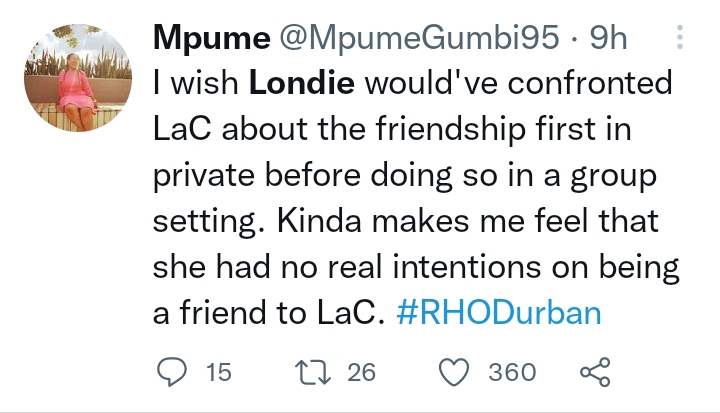 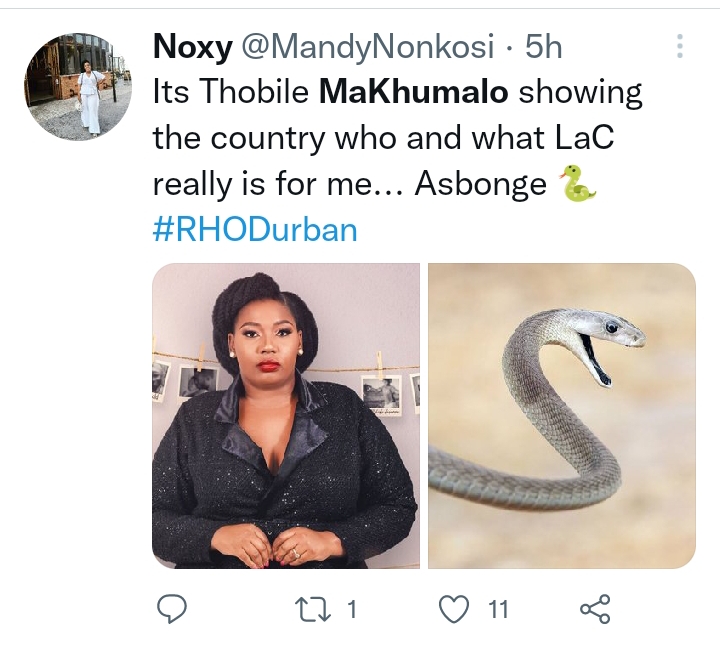 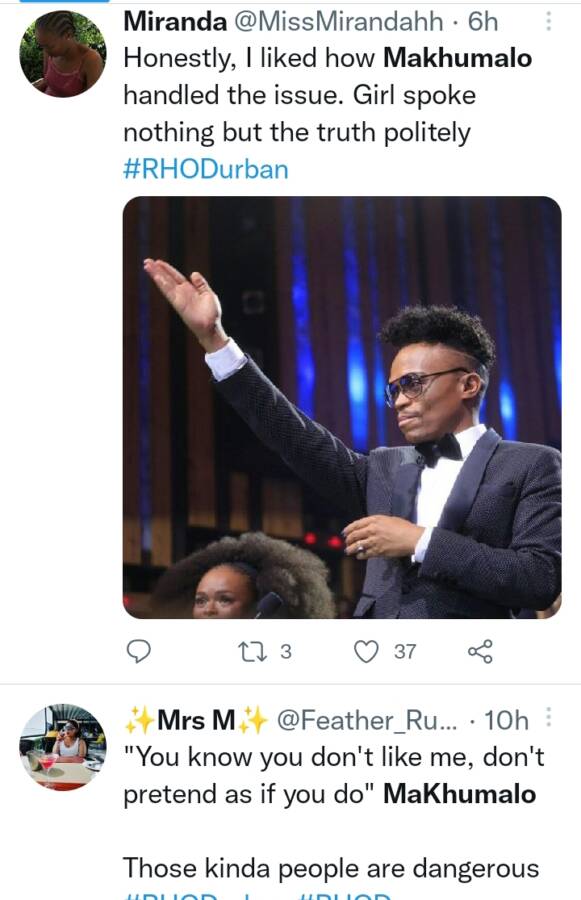 Tags
Laconco Londie London MaKhumalo Real Housewives Of Durban Sorisha Naidoo
John Israel A Send an email 6 May 2022
Back to top button
Close
We use cookies on our website to give you the most relevant experience by remembering your preferences and repeat visits. By clicking “Accept All”, you consent to the use of ALL the cookies. However, you may visit "Cookie Settings" to provide a controlled consent.
Cookie SettingsAccept All
Manage Privacy