The reunion episode of the Real Housewives of Durban was a mixed bag, not just for the cast members but also for the show’s fans who followed it.

Mabusi and Laconco tried to act like they never said what they did about Thobile. Some viewers were particularly miffed with that because there are footages to confirm they said what they did. In one clip, Mabusi is seen asking how Thobile qualified to be on the plane.

From previous episodes, it was apparent that Laconco made serious efforts to befriend Londie London. But it appeared like nothing came out of it. In fact, according to some viewers, Laconco thinking Londie London was her friend was the biggest mistake of the season.

Another considered Londie a legend after she noted that she spoke with Laconco for hours over the phone but still doesn’t know anything about her.

Amid the shenanigans of the reunion, rumours have it that Londie London’s fiancé Hlubi Nkosi is cheating on her with Mbali.

Some fans thought Nonku was the lady of the reunion, and they grouped her with Thobile among those to be praised. About the reunion episode and the cast members, here’s what viewers are saying.

Real fandoms have been formed and we're happy to inform you that #RHODurban is back with part one of Season 2's Reunion – this Friday! pic.twitter.com/h4cccJU7UM 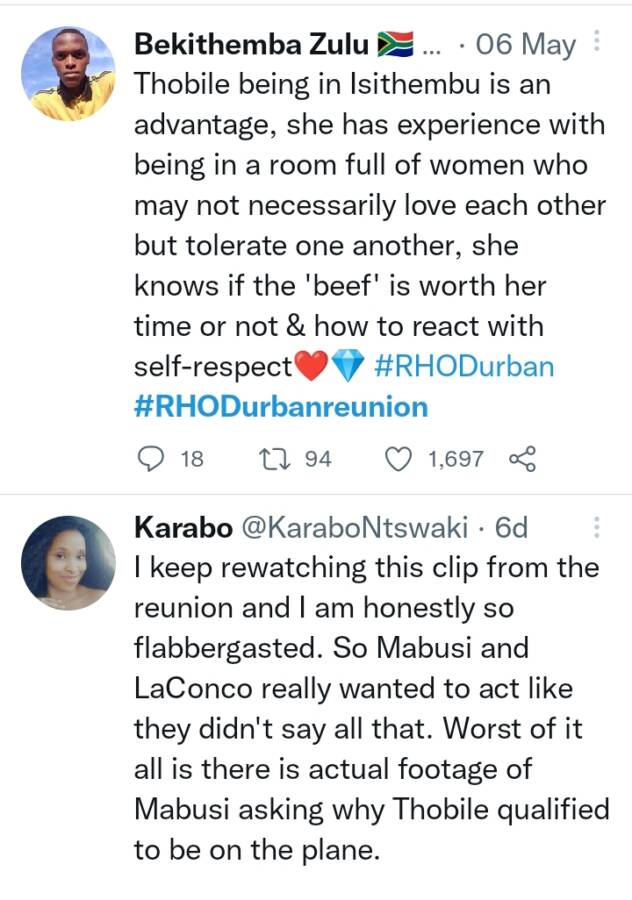 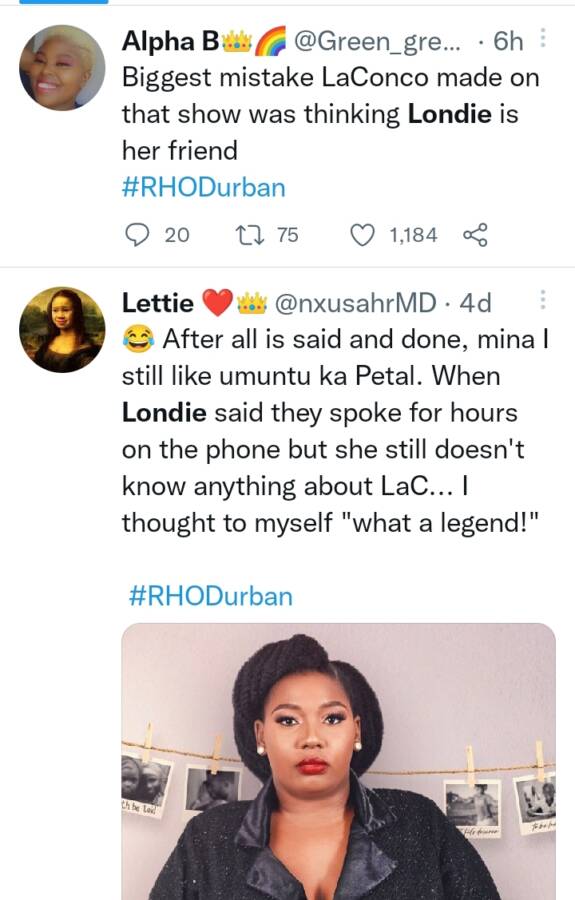 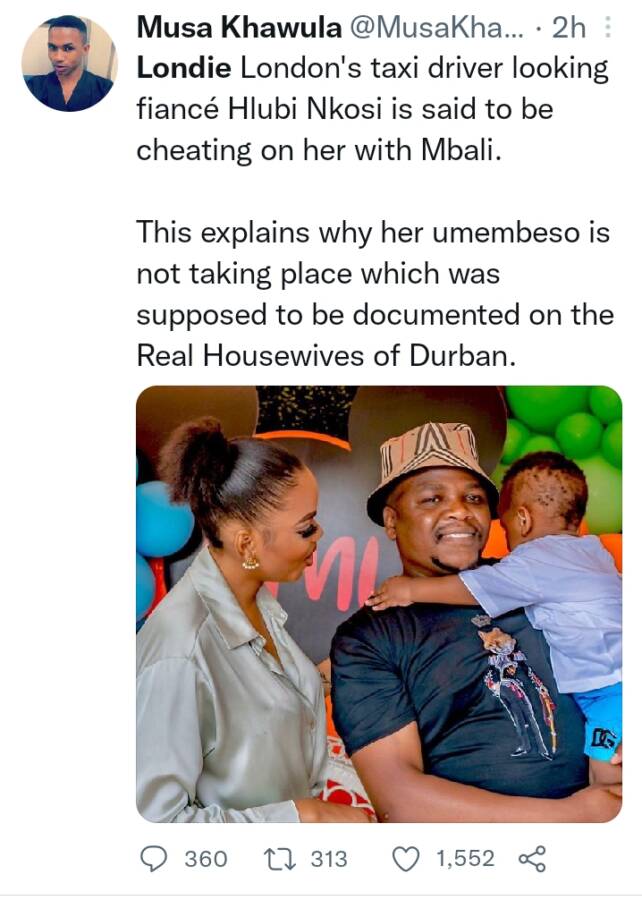 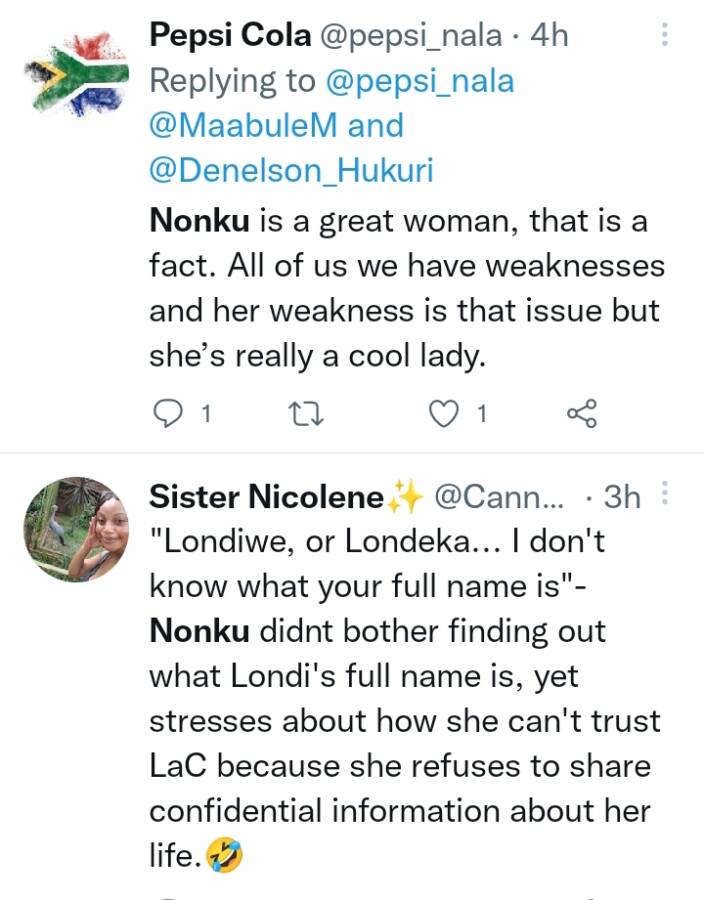 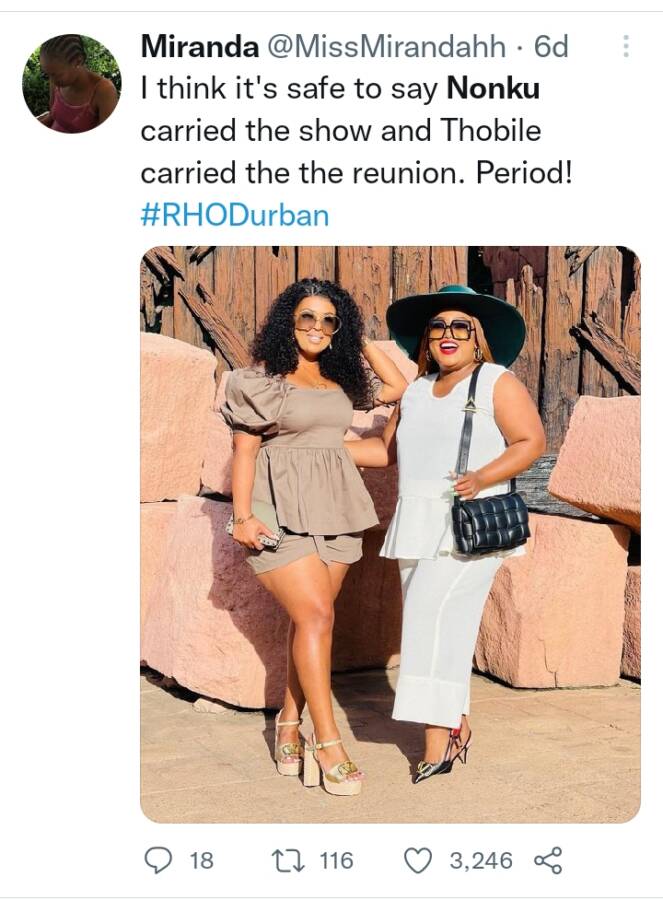 Tags
Laconco Londie London Real Housewives Of Durban Thobile
John Israel A Send an email 13 May 2022
Back to top button
Close
We use cookies on our website to give you the most relevant experience by remembering your preferences and repeat visits. By clicking “Accept All”, you consent to the use of ALL the cookies. However, you may visit "Cookie Settings" to provide a controlled consent.
Cookie SettingsAccept All
Manage Privacy