Chioma of the Real Housewives of Lagos has got viewers talking — again and for good, too. When the show first premiered and then moved into its second episodes, some viewers started losing their minds because they thought the show was becoming boring.

But Chioma was like a totem of salvation to most viewers. They thought her ideal and that she brought the right drama to the show to spice this up.

And she did that again with the last episode of the show. Some viewers think she has a unique way of doing things, evident in how she had invited the other ladies to join her on a trip to dine in the land of power and wealth.

Some viewers went beyond the moment to applaud her personal life and how she cares for her workers. She had reportedly bought an artificial arm for a member of her staff that lost his, shown in the video below.

Not Chioma getting a new arm for her employee who unfortunately had to get it cut 🥺🥺🥺❤️ #RHOLagos pic.twitter.com/ceexx92O4I

While Chioma will be heading on a trip with the ladies, Iyabo Ojo wouldn’t be joining them. And some fans felt bad about that because she’s the fun type and makes the show enjoyable. 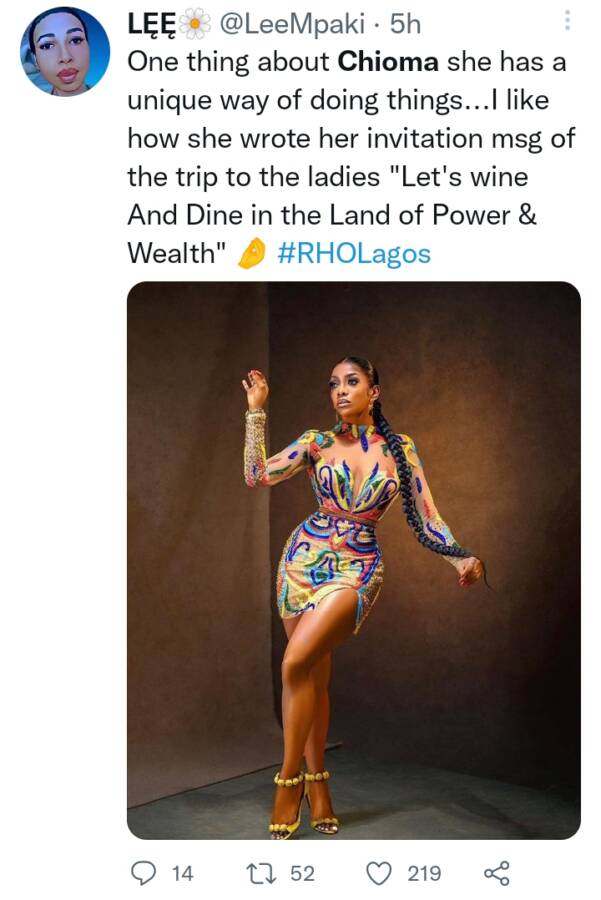 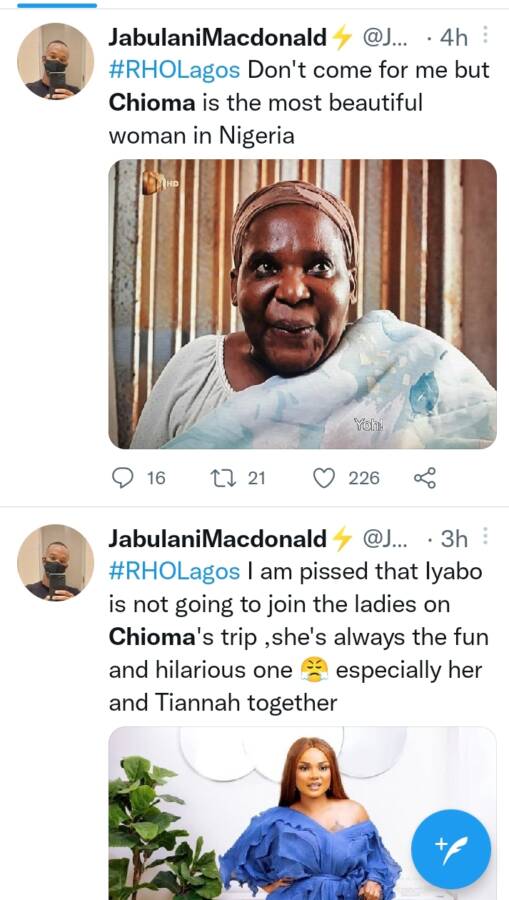 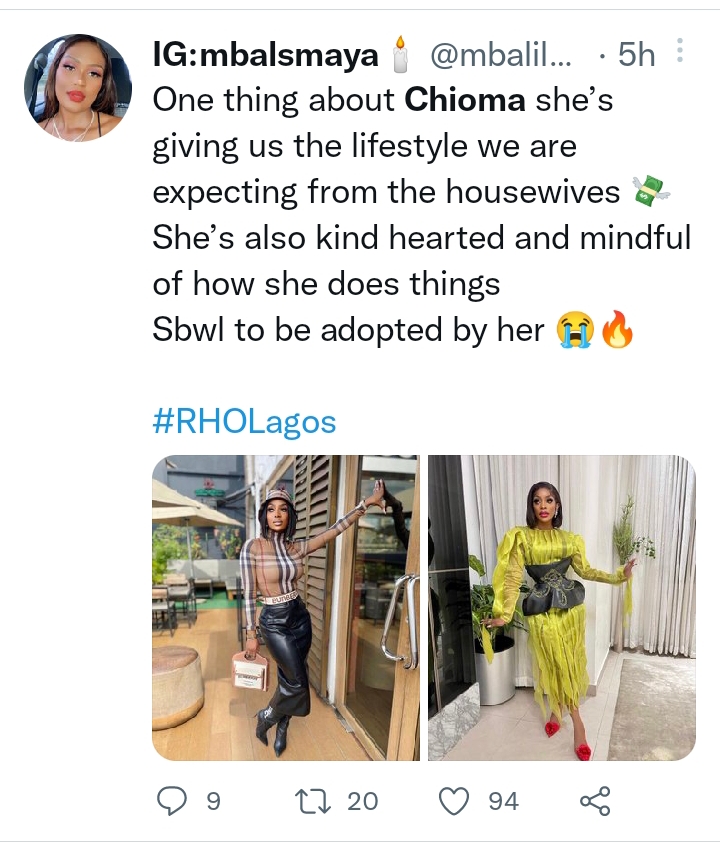 Some viewers think Toyin Lawani isn’t showing much of her life on the show and should do more.

Tags
Chioma Ikokwu The Real Housewives of Lagos
John Israel A Send an email 29 April 2022
Back to top button
Close
We use cookies on our website to give you the most relevant experience by remembering your preferences and repeat visits. By clicking “Accept All”, you consent to the use of ALL the cookies. However, you may visit "Cookie Settings" to provide a controlled consent.
Cookie SettingsAccept All
Manage Privacy