Real Housewives of Lagos cast member Toyin Abraham had many social media users talking during the last episode of the reality show, with some viewers expressing disappointment that she’s coming off as insecure.

Some thought she’s been giving bad vibes and looked uncomfortable when Chioma stepped into the room. They even claimed she’d started that Chioma can’t outdress her.

Others pointed out she had allegedly slandered Carolyn and Chioma during her diary sessions, frowning throughout the occasion.

Amid the criticisms, Toyin insists that Showmax producers were setting her up for public lashing by editing what she actually said.

Her critics are not convinced, though, as they recalled her fiery darts at Nengi and Tacha during their stay in the Big Brother Naija house.

And yet others claim that she pays people to tweet good about her on every episode release date. You can check out some of the comments below. 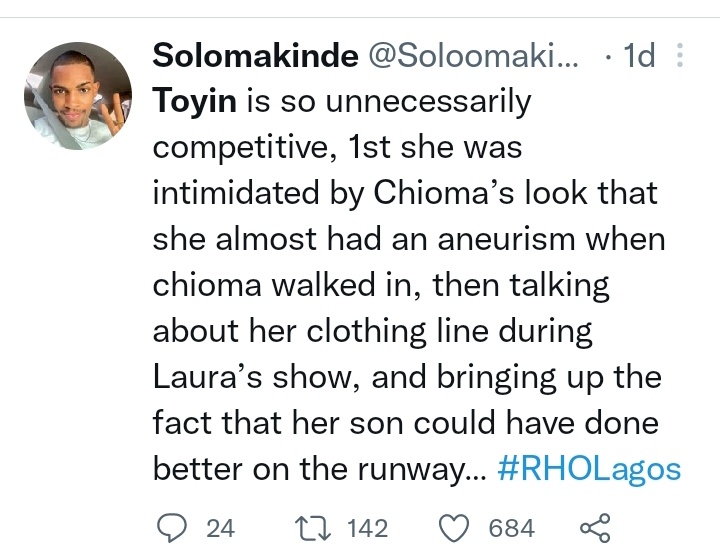 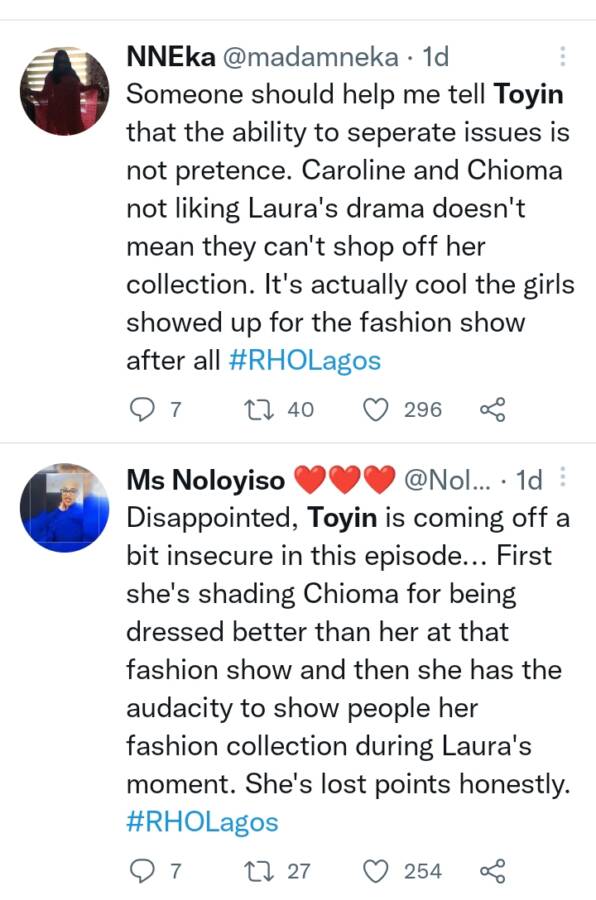 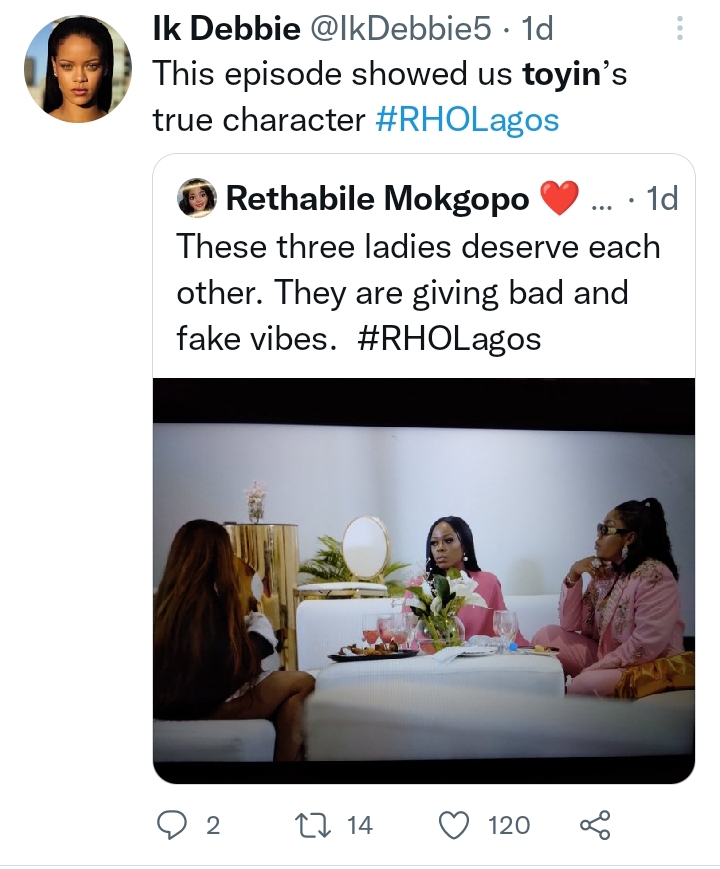 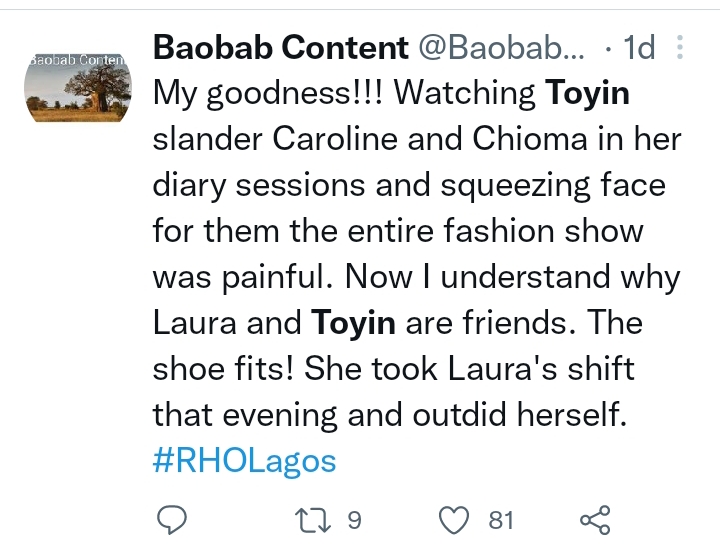 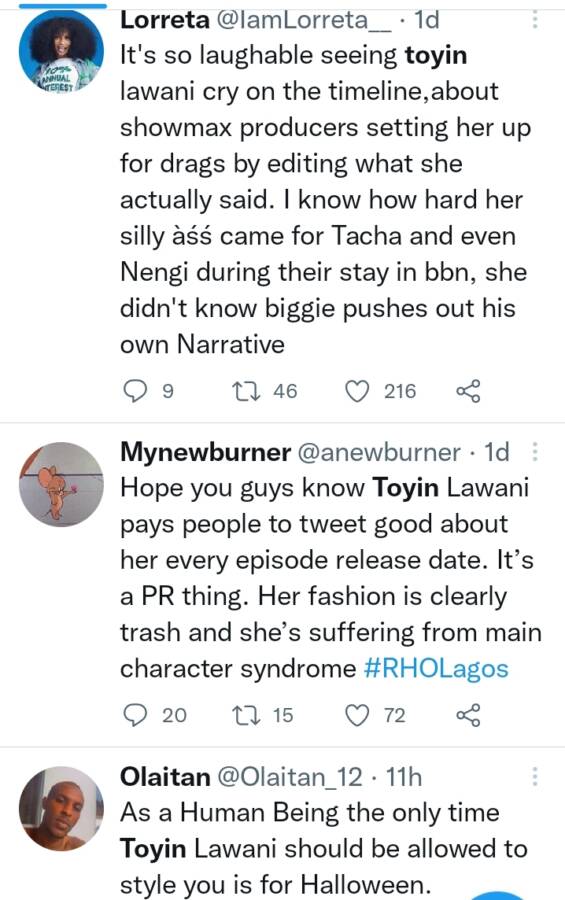 It’s been drama, drama, and more drama among the Real Housewives of Lagos. But it wasn’t exactly this way at the outset. In the first and second episodes, viewers massively criticised the show for being drab, with only Chioma Ikokwu singled out for praise for the energy and elegance she brought.

Tags
RHOLagos The Real Housewives of Lagos Toyin
John Israel A Send an email 15 May 2022
Back to top button
Close
We use cookies on our website to give you the most relevant experience by remembering your preferences and repeat visits. By clicking “Accept All”, you consent to the use of ALL the cookies. However, you may visit "Cookie Settings" to provide a controlled consent.
Cookie SettingsAccept All
Manage Privacy