At a time when lethargy appears to be setting in for most viewers of the reality show Real Housewives of Lagos, hair boss Chioma Ikokwu continues to fascinate viewers, and they keep singing her praise and sharing their admiration for her.

Just recently, she had invited other cast members to join her for a celebratory trip to the city of power and wealth — Abuja, so to speak — where she entertained them with some of the best stuff the city has on offer.

For the event, she turned up in an outfit that showed that her fashion game was top-notch. She was the centre of attention. So when Toyin stated that Chioma can’t outdress her, Chioma’s stans were quick to wield the big stick.

Also, it appeared like Laura’s attempt to chummy up with a Chioma hasn’t née successful, and she’s displeased that Chioma hasn’t been welcoming of her friendship advances.

For Mariam, her grievance is that Carolyna didn’t greet her properly.

Amid all the drama in the reality show, Chioma Ikokwu, famously called Chioma Good Hair, after her brand, Co tines to be the centre of attention. Here’s what some viewers and her fans are saying about the Good Hair boss. 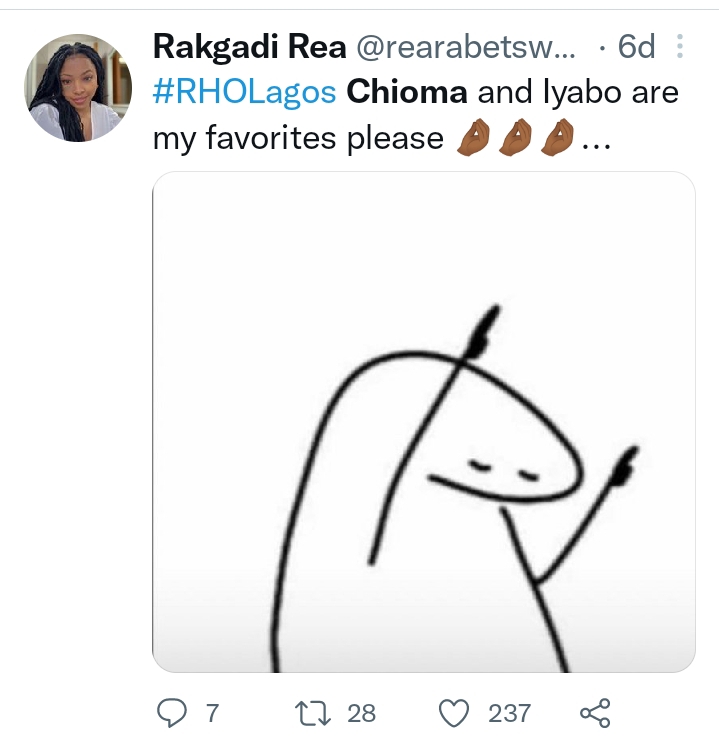 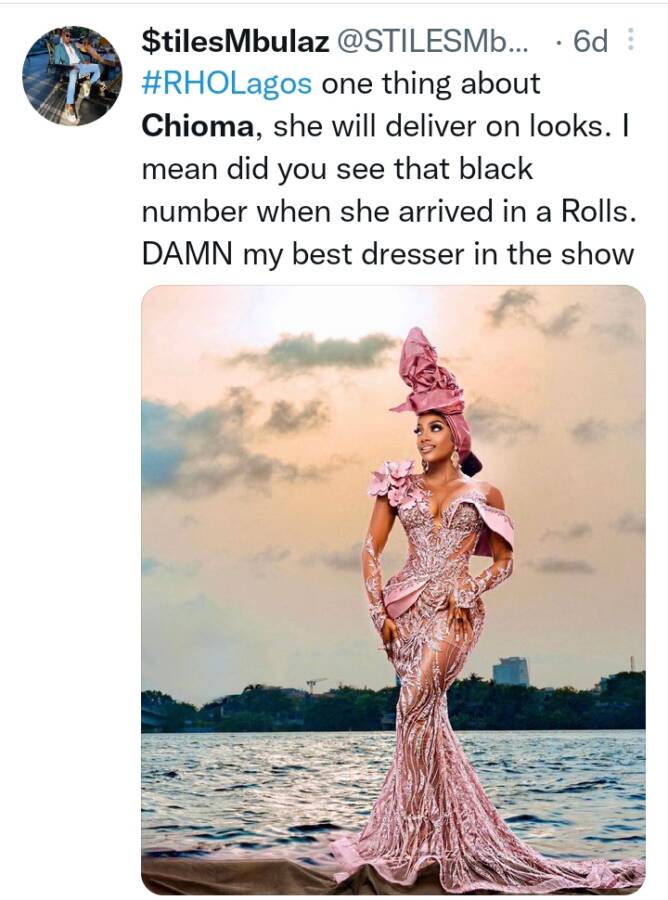 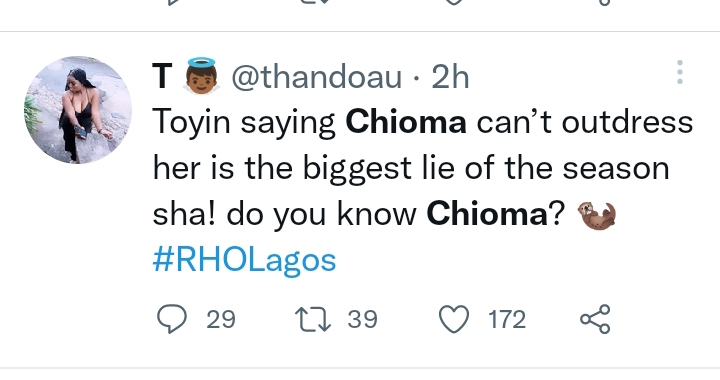 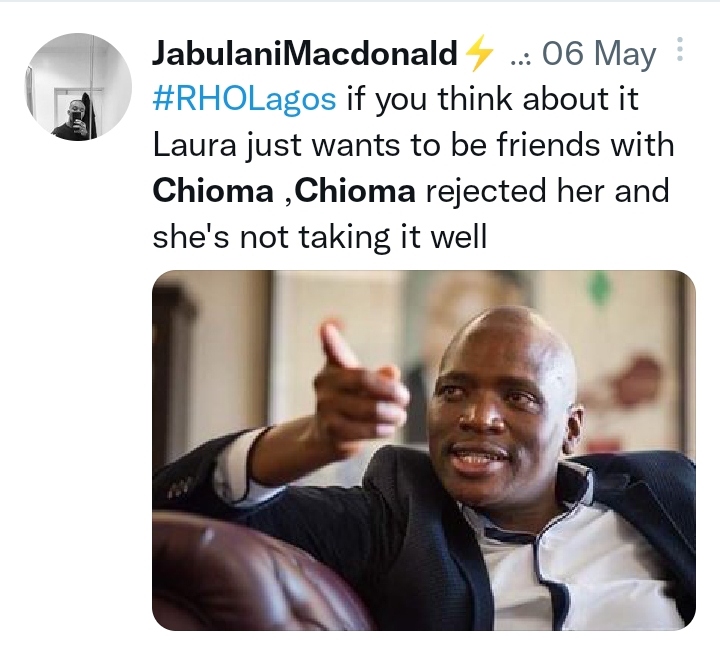 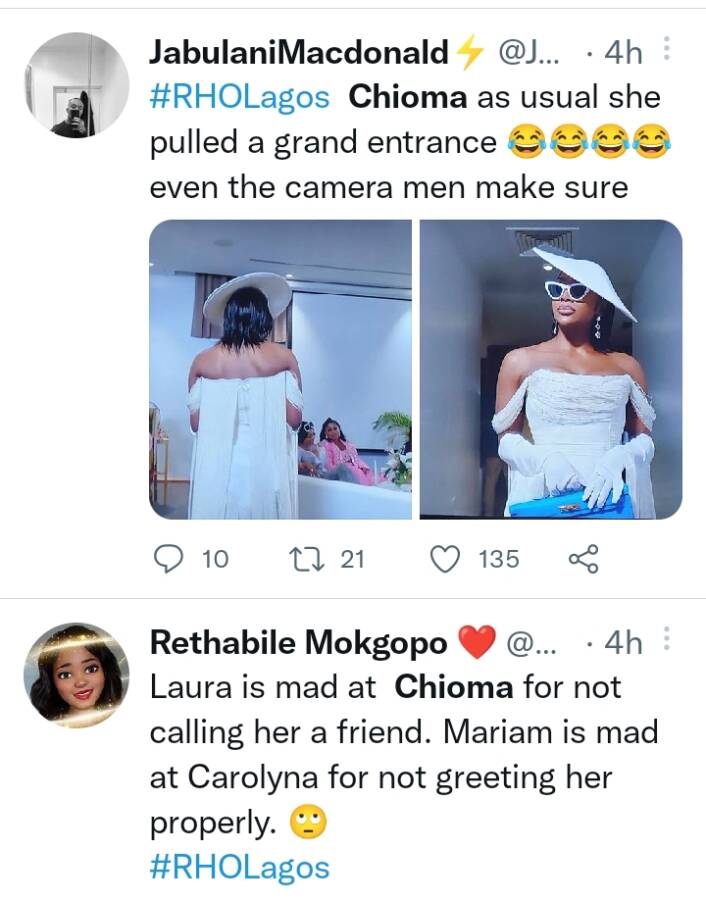 Tags
Chioma Ikokwu The Real Housewives of Lagos
John Israel A Send an email 13 May 2022
Back to top button
Close
We use cookies on our website to give you the most relevant experience by remembering your preferences and repeat visits. By clicking “Accept All”, you consent to the use of ALL the cookies. However, you may visit "Cookie Settings" to provide a controlled consent.
Cookie SettingsAccept All
Manage Privacy