Rihanna sends out an apology to her muslim fans following backlash from her second Savage x Fenty lingerie fashion show which aired on Amazon Prime.

While everyone knows Rihanna is all about inclusivity, the singer got called out by her muslim fans for what she labels “an oversight” after her Savage x Fenty show aired on Amazon Prime.

Rih put on a great show, and her new lingerie line is to die for. The show featured women of various body types, and ot got a lot of praise from the fashion world and also from her fans. However, it also led to a lot of backlash because of a song the models danced to during the show.

Apparently, the song titled “Doom” was from London based DJ, Coucou Chloe who incorporated the hadith into it. The hadith in Islamic faith is a sacred text which details the sayings of the Prophet Muhammad. Rih was called out for including the song in the show and also for the way the models danced to it which was offensive to muslims.

In a recent post made to her Instagram stories, the “Kiss It Better” hit maker apologised to fans and said that it was “unintentionally offensive”. She went on to state that they would make sure it never happens again. 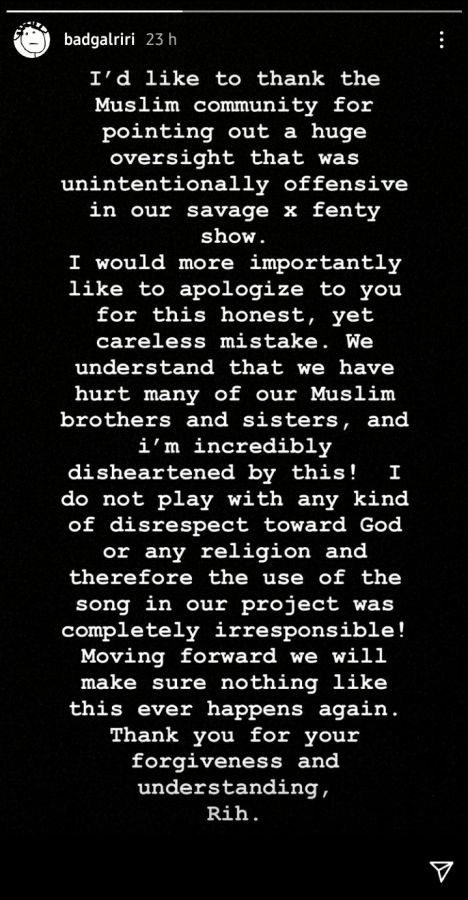