What has Barbadian songstress Rihanna been up to? Well, pre election, she had not hidden her opposition to Trump and her desire for a Biden presidency. With victory for Biden, the renowned singer celebrates by taking out trash.

The caption to the image, which has the hashtag #WeDidItJoe, indicated the outgoing president and what he stands for were what she had in the trash. Rihanna had on her undie and a t-shit with an inscription calling for the end of racism. 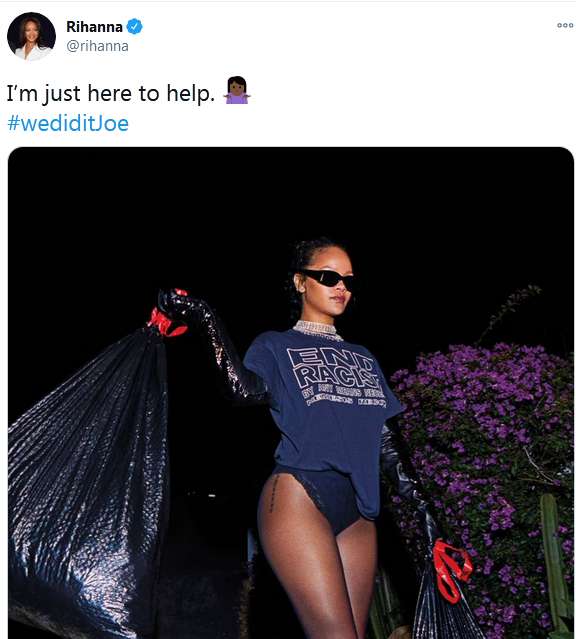 By the way, Rihanna wasn’t the only celeb who worked against Trump, nor is she the only one celebrating his exit.

In other news, Rihanna is currently having the time of her life with newest boyfriend A$AP Rocky. Just recently, when they started appearing together regularly, speculations had been rife that they were dating. But neither confirmed nor denied this.

With close associates confirming that the two are in fact in a relationship, the pair is no longer hiding anything but are lavishly displaying affection publicly.

Well, what do you think of Rihanna’s subtly celebration of Trump’s exit and the coming Joe Biden? You might want to join the conversation by dropping your thoughts in the comment section below.