April Love Geary has announced she is expecting baby No. 3. The model currently has two daughters with singer and fiancé Robin Thicke.  Mia Love is 2 years old and Lola Alain is just 19 months.

April Love Geary announced she is expecting in a recent Instagram post showing her in bikini, in a sitting position, at a place that looks like a beach, her baby bump showing.

With the coronavirus still raging, she announced that she can’t hang out with anyone, noting she was pregnant, as well as her love (and fiancé Robin Thicke’s) for the consistency of her pregnancies.

She didn’t disclose how far gone she is and when is having the baby. But the news of the pregnancy was enough for most of her fans, who celebrated it all in the comment section of her post. 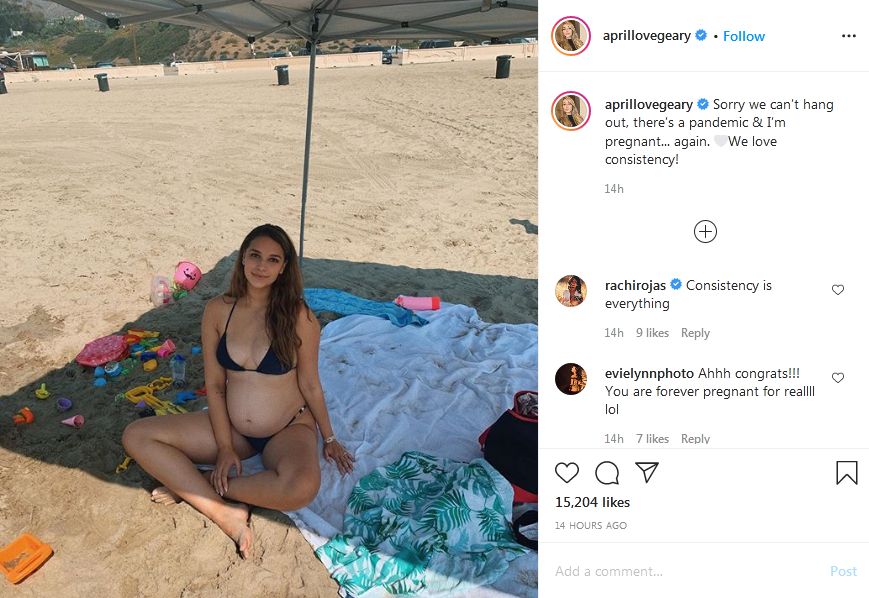 By the way, her fiancé Robin Thicke already has a 10-year-old son (Julian Fuego) with former wife Paula Patton. The pair separated a long time ago but only got divorced in 2014, a process Patton filed.

The divorce file indicated the couple’s “irreconcilable differences” as the reason for ending the marriage.