Mzansi rapper Rouge was scandalized this week when it emerged that someone had been using her name to prey on unsuspecting artistes seeking recording deals with major companies.

A YouTuber had apparently been claiming to have helped Rouge, Priddy Ugly and even L-Tido gained recording contracts with major recording labels in the world.

An artiste who goes by the Twitter handle @SandyMurks wanted to verify if this was true, so she tagged Rouge and Priddy Ugly to his tweet, to verify that indeed the YouTuber helped them secure recording deals with prominent record labels.

For interest’s sake, Rouge wanted to know how much the YouTuber was charging those he wanted to “connect” to record labels, and @SandyMurks said R5,000. Rouge then clarified that she had no link with the YouTuber whatsoever.

You can check out screenshots of the conversation as well as Rouge’s response below. 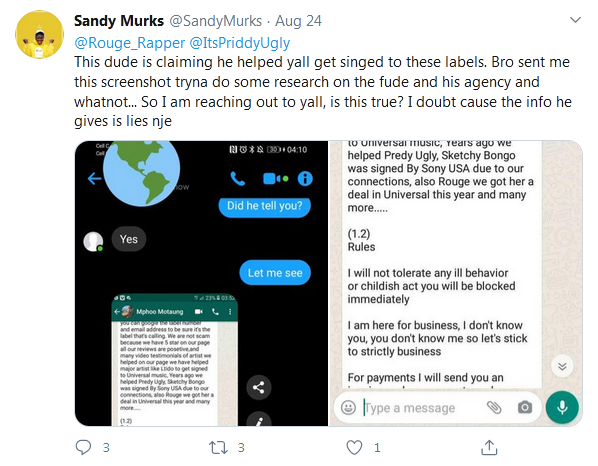 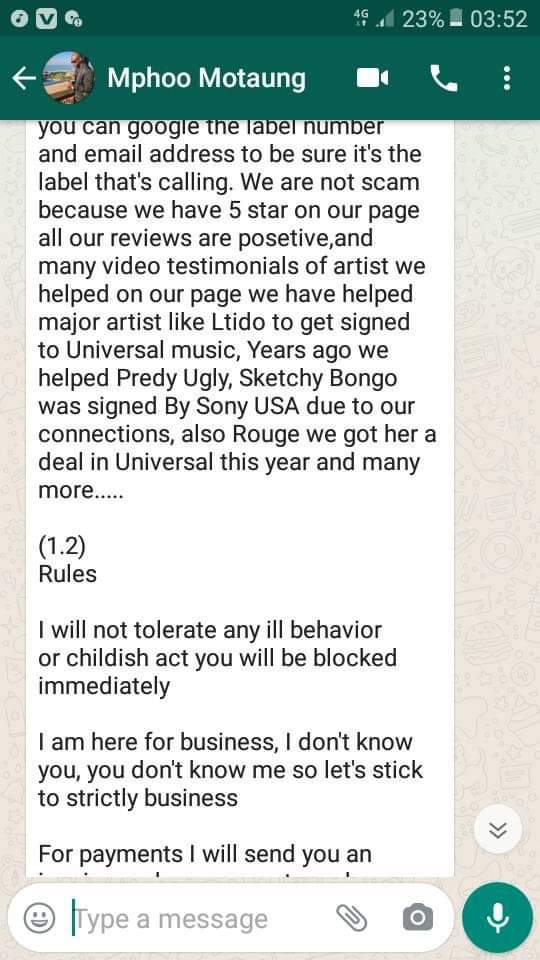 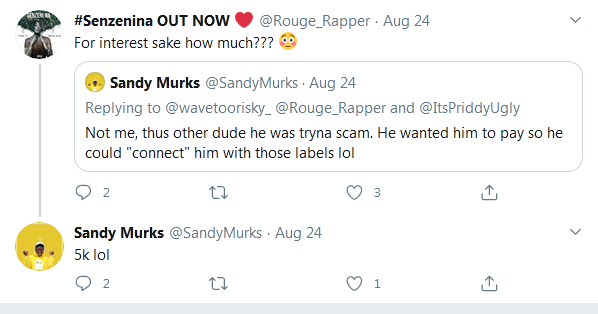 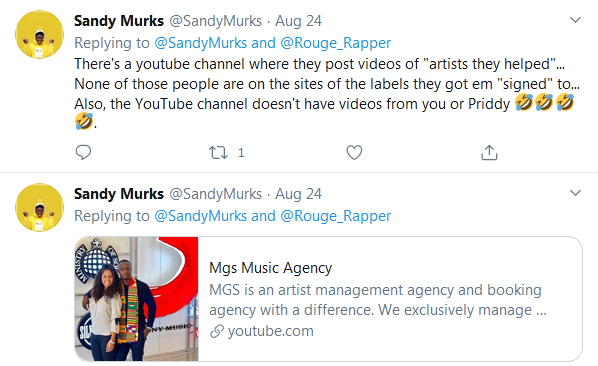 By the way, if you are an up-and-coming artiste and seeking a record label contract, be wary of those claiming they can link you up to a record label, local or international, for a fee. Ideally, an artiste is not supposed to pay anything to get signed to a record label. The label will pay you instead and even hype you and your work.

Tags
Priddy Ugly Rouge
John Israel A Send an email 27 August 2020
Back to top button
Close
We use cookies on our website to give you the most relevant experience by remembering your preferences and repeat visits. By clicking “Accept All”, you consent to the use of ALL the cookies. However, you may visit "Cookie Settings" to provide a controlled consent.
Cookie SettingsAccept All
Manage Privacy