Rouge takes to Twitter to react to Nota’s opinion that she’s sleeping on herself by not tapping into her Congolese heritage.

A lot of celebs do not appreciate being talked about by other celebs. Some of the feuds we see happening in the entertainment world is because of something someone said about another person.

Mzansi rapper, Rouge isn’t letting that be her story. The second part of Nota’s interview with Mac G on his popular podcast, “Podcast and Chill” has been getting reactions from many celebs. Many have taken offense to what Nota said about them but Rouge is taking it all with a pinch of salt.

The Mzansi star seemed to agree with him for saying she’s sleeping on herself for not tapping into her Congolese heritage while reacting to it on Twitter. She revealed that she concurs with it but took the rest of his opinion with a pinch of salt. 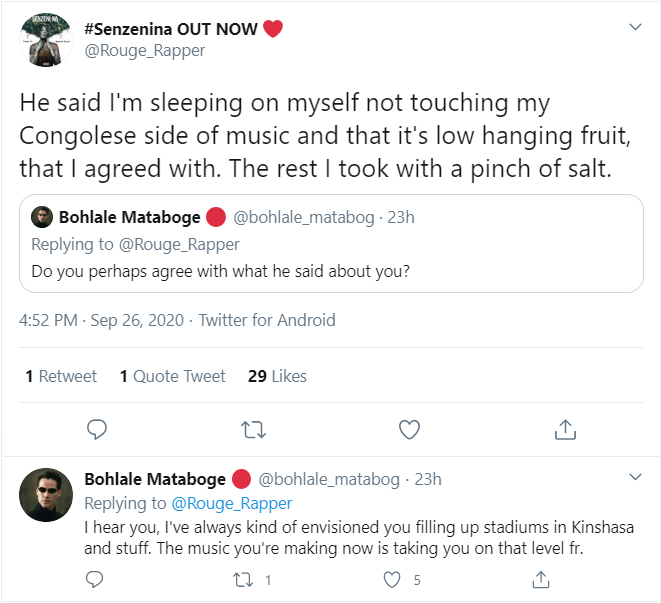