Rouge hints on new song with YoungstaCPT and Costa Titch.

The super talented MC, Rouge keeps giving us a look to what her new album might be entailing. Rouge recently released the audio and visual to her “One By One” single featuring AKA.

Now she gives us an insight into more artists getting a feature on her new project. Rouge revealed she was working on something with YoungstaCPT and Costa Titch as well.

Rouge has been having a really wonderful year, apart from the fact she had to cancel or postpone most of her shows due to the pandemic situation. A green light for her was when she became the first female to win the award for best verse of the year.

Rouge is a fearless female rapper, who isn’t scarred to go up against her male counterparts and she has been highly recognized for that.

Taking to her Twitter page she made revelations on the collaborations; 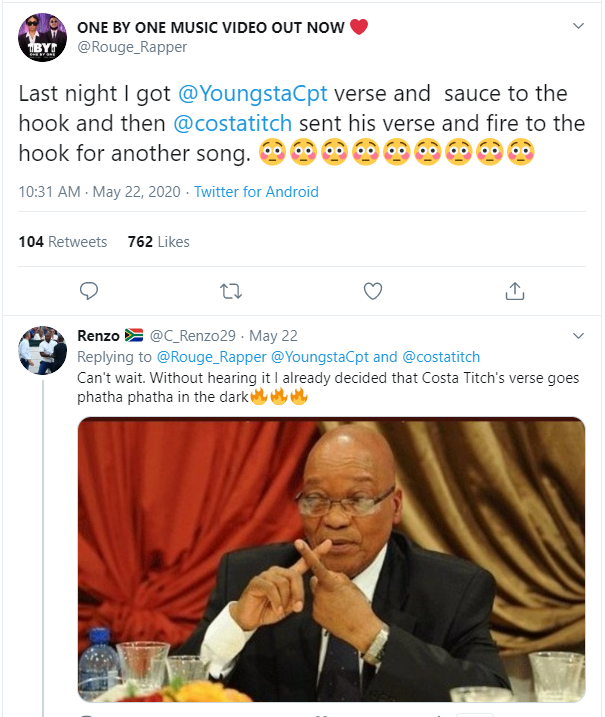 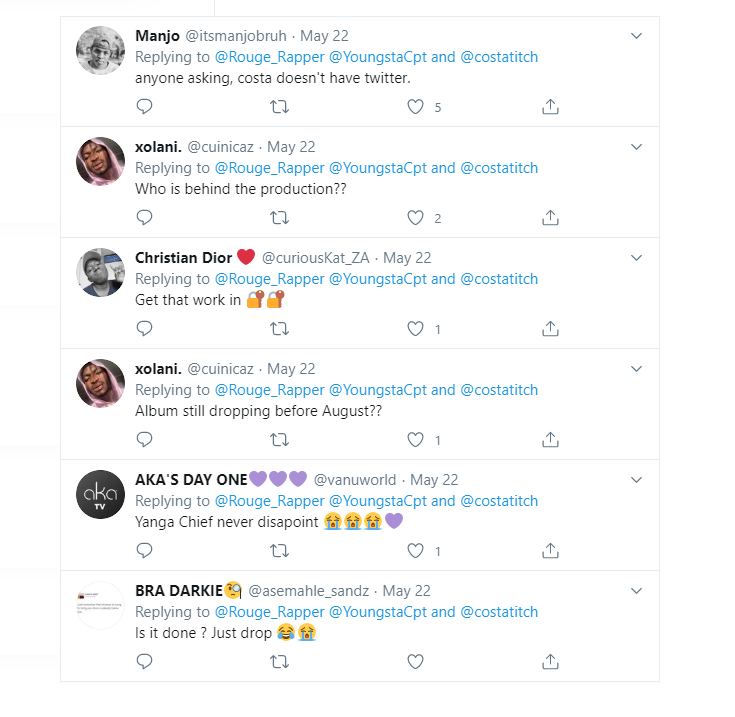 Tags
Costa Titch Rouge YoungstaCPT
Wuraola Salawu Send an email 25 May 2020
Back to top button
Close
We use cookies on our website to give you the most relevant experience by remembering your preferences and repeat visits. By clicking “Accept All”, you consent to the use of ALL the cookies. However, you may visit "Cookie Settings" to provide a controlled consent.
Cookie SettingsAccept All
Manage Privacy