Even before takeoff, the South Africa Amapiano Music Awards appears to have been shot in the feet, with a recent legal case urging the organizers of the awards to cease and desist, as well as take down all social media posts relating to the awards.

Another company, through its lawyers, is claiming that the concept was stolen from them, and has just served court papers to the organizers of the awards, warning them not to go ahead with it.

Prior to the release of the cease and desist letter, the South Africa Amapiano Music Awards had announced a list of nominees, which included the likes of Focalistic, Kabza De Small, and DJ Maphorisa. See the letter below. 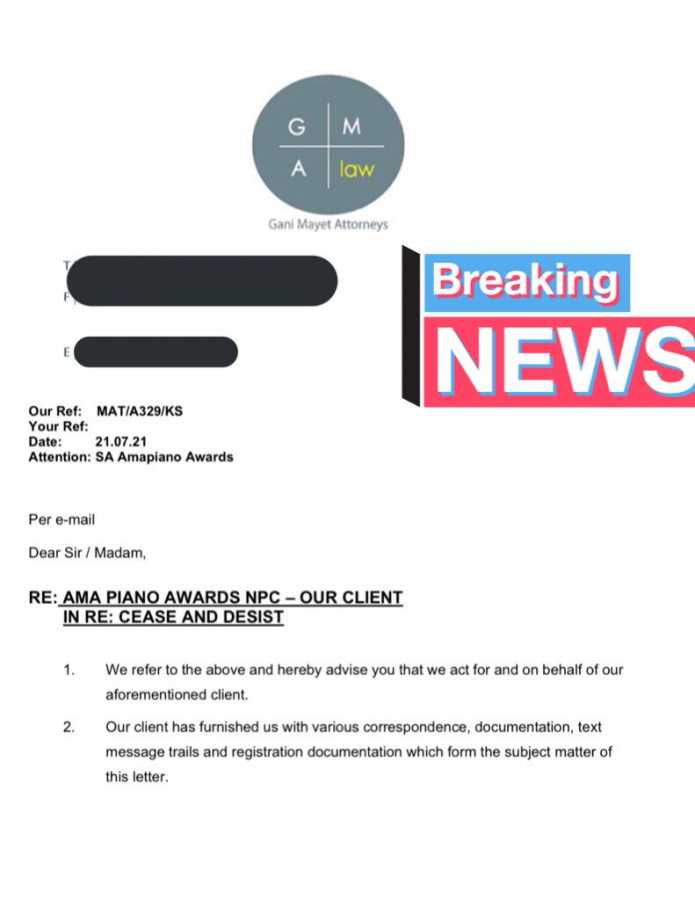 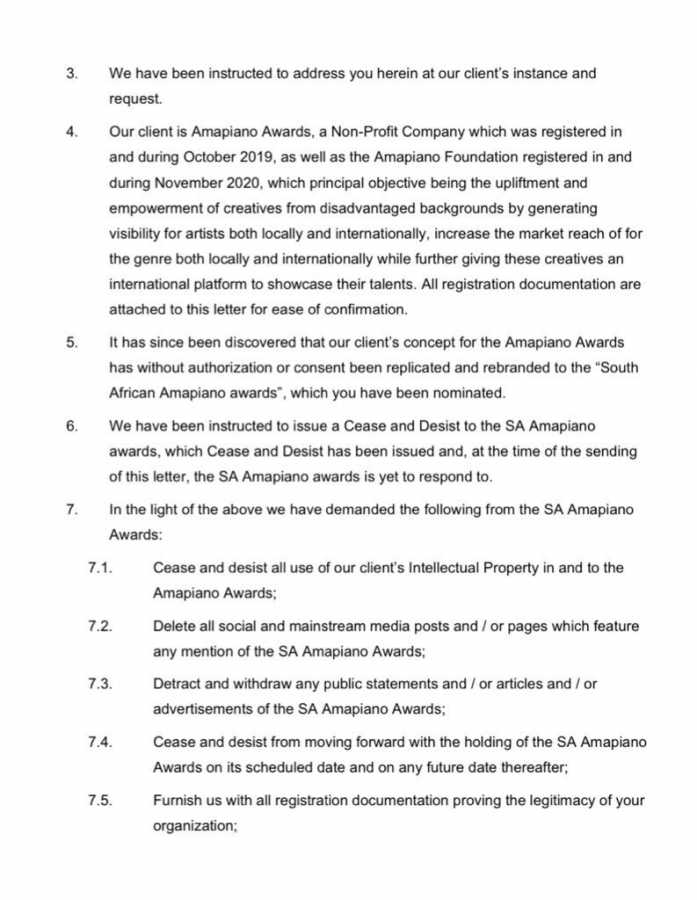 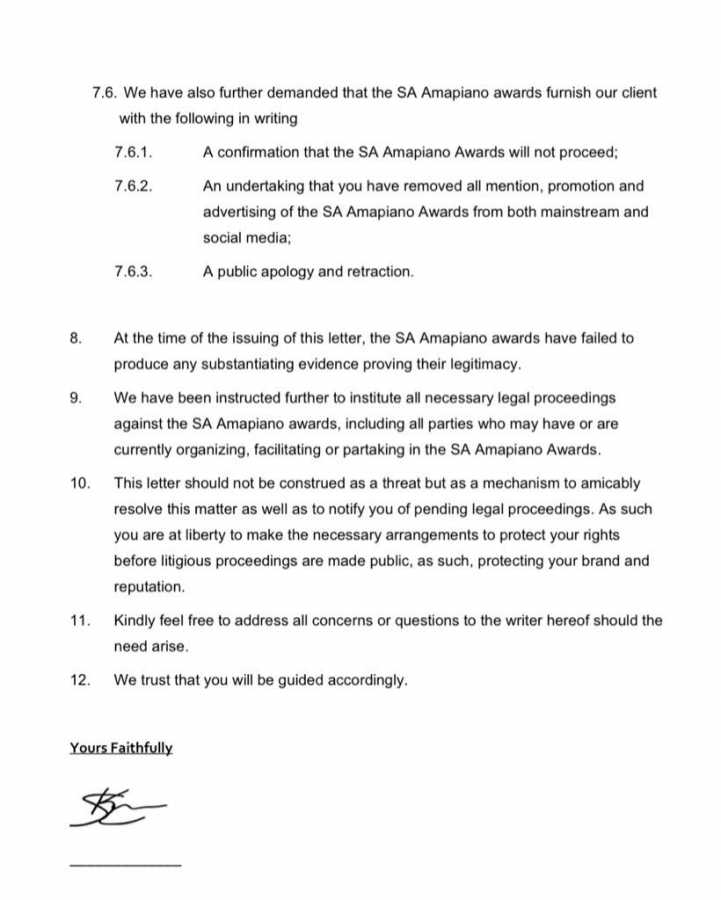 By the way, when the award was announced, many had welcomed it, but one of the Piano kings DJ Maphorisa had questioned it, wondering who the organizers were. Looks like that little detail is about to unravel following the court case.

It remains to be seen what the outcome of the case will be, and if the current organizers of the award will get a favourable verdict. You may want to stay tuned for updates

What do you think of the legal case instituted against the South Africa Amapiano Music Awards? You’re welcome to join the conversation by dropping your thoughts in the comment section below.

Tags
South African Amapiano Awards
John Israel A Send an email 28 July 2021
Back to top button
Close
We use cookies on our website to give you the most relevant experience by remembering your preferences and repeat visits. By clicking “Accept All”, you consent to the use of ALL the cookies. However, you may visit "Cookie Settings" to provide a controlled consent.
Cookie SettingsAccept All
Manage Privacy