Looking to support some of your favourite musos? You might want to encourage them to submit their works for consideration to the South Africa Hip Hop Awards (SAHHA), which has just opened for submission.

The award body announced the opening of the 9th edition of the awards in an Instagram post yesterday 17 September 2020. It shared a flier on the submission window for the award on Instagram as well as on its official website.

According to SAHHA, the submission window opens on 16 September 2020 and will remain open until 2 October 2020. The rules for submission were given in the flier, which you can check out below. 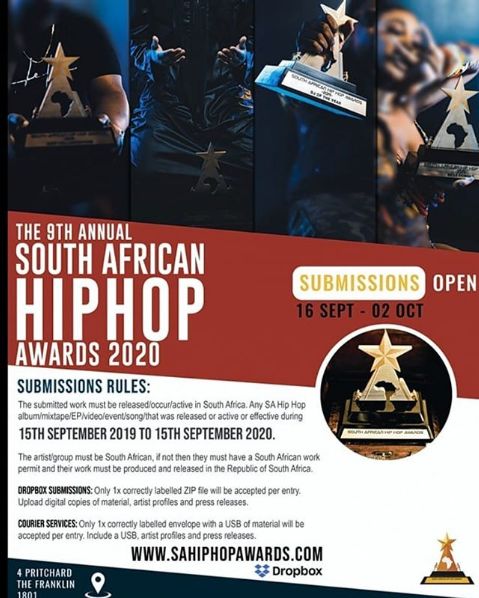 Tags
Hip Hop SAHHA
John Israel A Send an email 18 September 2020
Back to top button
Close
We use cookies on our website to give you the most relevant experience by remembering your preferences and repeat visits. By clicking “Accept All”, you consent to the use of ALL the cookies. However, you may visit "Cookie Settings" to provide a controlled consent.
Cookie SettingsAccept All
Manage Privacy