South African boy band Mellow & Sleazy has had a memorable year. But it appears like there’s no success comparable to what they’re experiencing right now, as their song “10111” has led to so much traffic that brought the line down.

It appears like apart from playing the song, peeps were also calling the number. The result has been a deluge in traffic that brought the service down. We understand that’s only temporary.

In a recent tweet, the South African Police Services (SAPS) acknowledged that the 10111 emergency telephone line was down in all three centres in Gauteng. The body also noted that technicians are trying to resolve the issue. The tweet ended with an apology which you can check out below. 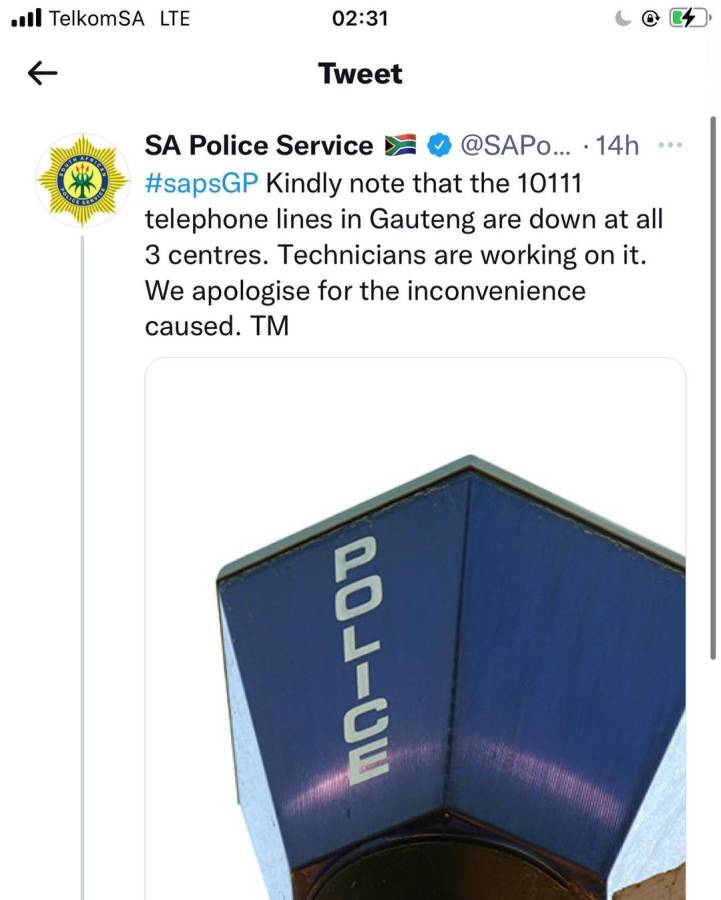 This exact incident is what many artistes dream of but may never realize until the end of their careers. But it came pretty easily for Mellow and Sleazy.

Incidentally, the downing of the emergy telephone line came at a time the band was celebrating another career milestone – their going platinum with their song “Bopha,” which had Young Stunna and DJ Maphorisa as guests.

Whether Mellow and Sleazy should release another hit track is immaterial. They have got a winner that will carry them into 2022.

Tags
Mellow & Sleazy
John Israel A Send an email 29 December 2021
Back to top button
Close
We use cookies on our website to give you the most relevant experience by remembering your preferences and repeat visits. By clicking “Accept All”, you consent to the use of ALL the cookies. However, you may visit "Cookie Settings" to provide a controlled consent.
Cookie SettingsAccept All
Manage Privacy