Mzansi singer and songwriter, Samthing Soweto has let everyone know he’s fine with a new post shared to social media after going viral days ago.

It has been a very trying year for Mzansi. A lot of the country’s biggest celebs have come out to talk about mental health issues while some have had unfortunate things happen to them.

Big names including Samthing Soweto, Lerato Sengadi, and TNS have expressed their sadness on the internet. A video of Samthing Soweto looking forlorn went viral on the net leaving fans concerned for his health. They have since taken to social media to react to the video calling for him to get help.

Fortunately for all of us, the talented singer is fine. He took to social media on March 14 to share an update stating that he’s fine. That at least is enough to let his fans relax and not be so worried. 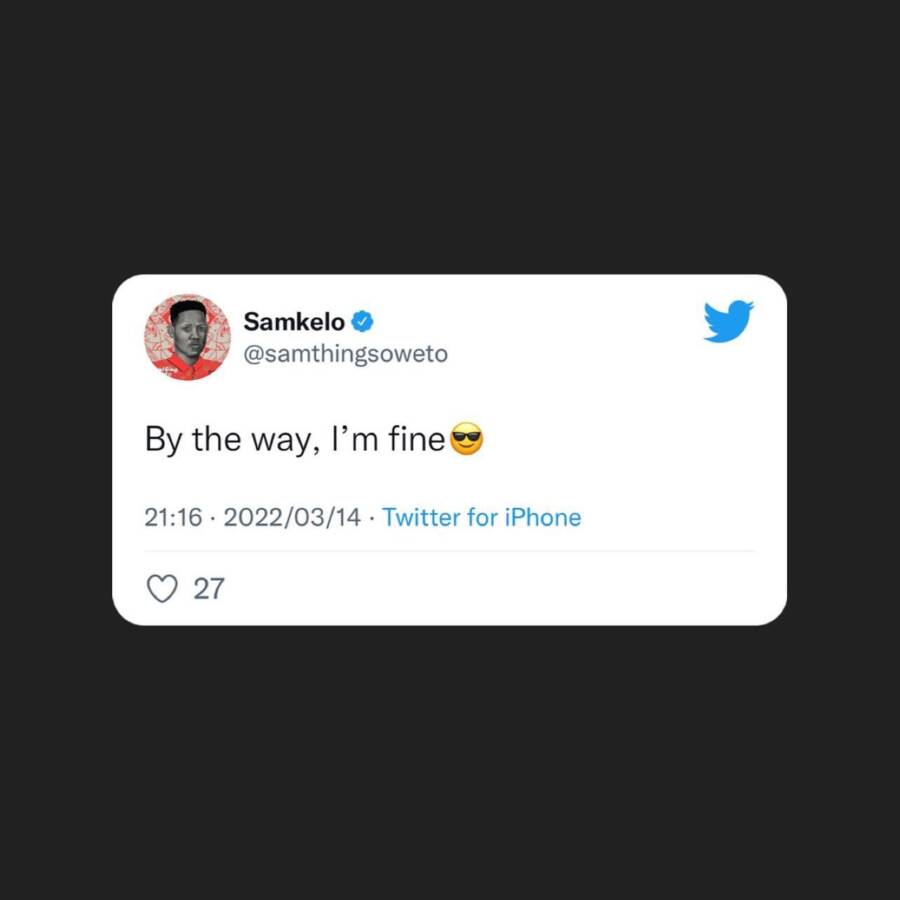 Tags
Samthing Soweto
John Jabulani Send an email 15 March 2022
Back to top button
Close
We use cookies on our website to give you the most relevant experience by remembering your preferences and repeat visits. By clicking “Accept All”, you consent to the use of ALL the cookies. However, you may visit "Cookie Settings" to provide a controlled consent.
Cookie SettingsAccept All
Manage Privacy