Saudi makes reference to his work with Sjava and Zingah while telling upcoming acts to not rush him if they want a feature.

One artist in the SA Hip Hop scene who has developed his own method of creating hits is Saudi. The former Ambitious entertainment signee is known to always give his terms when it comes to features.

He is at it again as he sends a message to upcoming acts who are either to be on his track or want him for a feature. According to him, when he decides to work with an upcoming act, the only thing he asks for in return is patience.

He stated that deciding to work with upcoming artists means he is a fan of their work, but he wouldn’t want his creative process to be rushed. He also made reference to his work with Sjava and Zingah both of whom gave him time to deliver his verses. Read the tweet below. 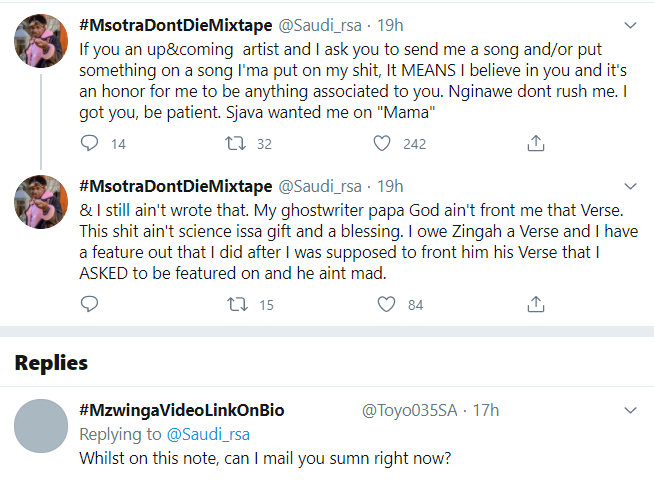