“Fuck Ambitiouz,” Saudi is still on the move! In fact, the songster has just bought a new whip, a red BMW 325i.

The South African rapper, who gave the finger to his former record label Ambitiouz Entertainment months back, shared images of the new ride on his Instagram page yesterday 20 August 2020.

Apparently, the songster has always dreamed of owning the 325i. Now that he owns it, he is overwhelmed with excitement. He is not only grateful for the car but for his girlfriend as well. From the caption to the post, it appears his girlfriend is a sticker and has been with him through “thick and thin” – as the cliché goes. 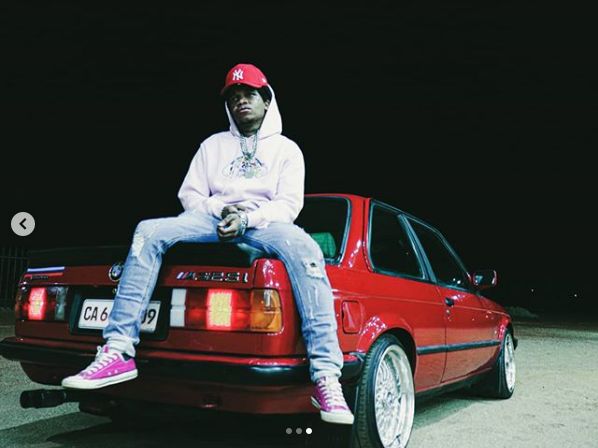 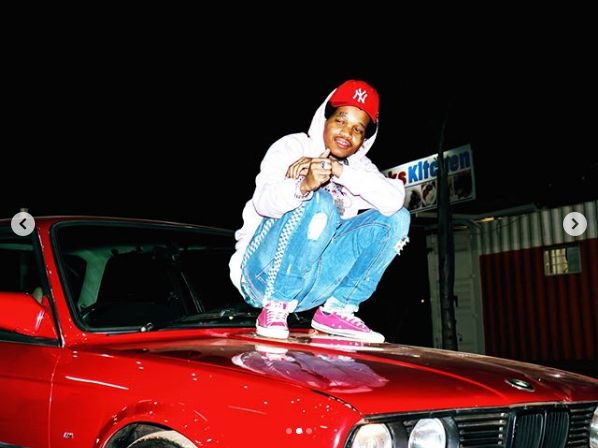 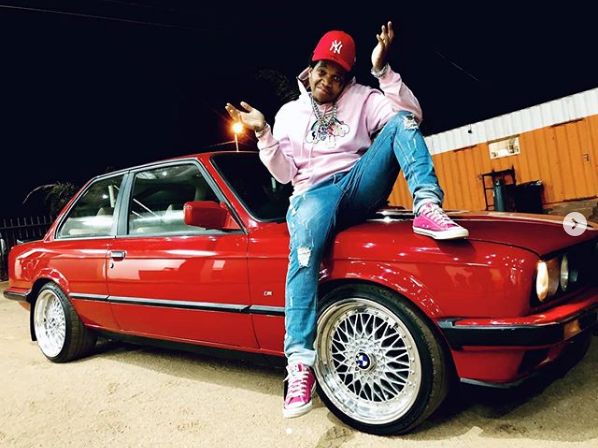 Clearly, fans were equally excited for “The Drip’s Leak Mixtape” muso and shared their joy he finally got the car he wanted. His compatriot Sjava equally congratulated him on his new car. 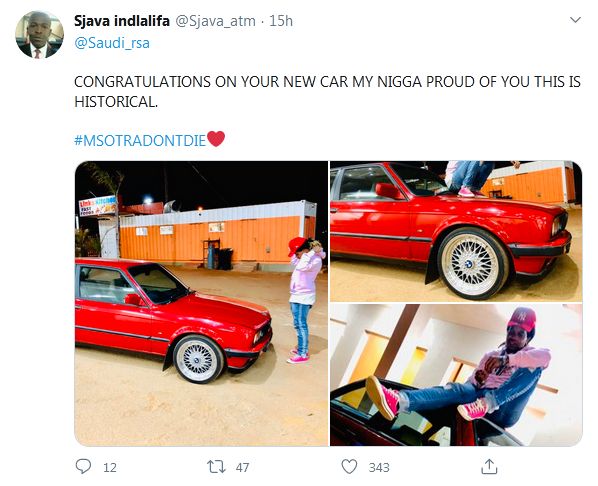 In his love for the BMW, Saudi joins artistes like AKA and Naakmusiq.

The BMC and the Mercedes are brands of choice for South Africa’s music aristocracy. And there have been sporadic debates as to which is the better brand.

Neither the “Merc Boys” nor the “Beamer Boys” will give ground. Nandi Madida, Prince Kaybee and Shimza are among the musicians with Mercs (Mercedes).