Saul ‘Canelo’ Alvarez had a stunning outing in Las Vegas on Saturday, demolishing America’s Caleb Plant and becoming the undisputed super-middleweight champion in the world.

It was a fierce fight – what many would call a fight of champs – but Plant’s resistance eventually crumbled and Alvarez canceled him on the canvas, unifying the WBC, WBA, WBO and IBF titles.

It was a particularly important win for Alvarez, a Mexican, in that he’s the sixth champ and the first Mexican to hold titles in the IBF, WBA, WBO and WBC at the same time. Plant had held the IBF title since 2019… Well, until his encounter with Alvarez at the MGM Grand Garden Arena.

Alvarez is happy to be among the six champs to hold titles in IBF, WBA, WBO and WBC at the same time and he said so after the fight, the 57th in his career. 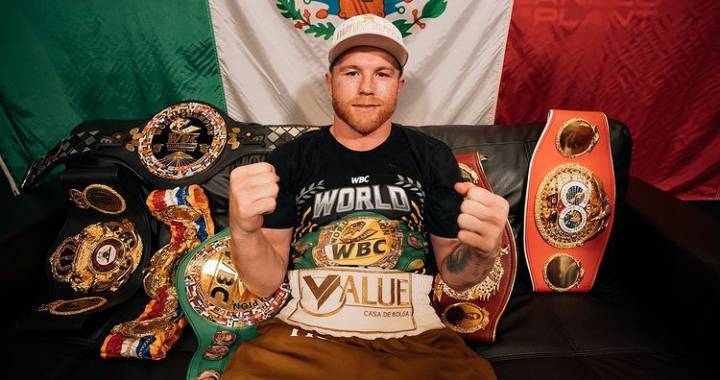 From amateur, Alvarez had become a professional boxer at the age of 15 in 2005. Eight years after going pro, in 2013, he suffered the first and only defeat of his career – in the hands of Floyd Mayweather.

It rings like poetry to best best Plant in the ring after a tumultuous fight in which the American was trailing
97-93, 96-94 and 98-92 on the judges’ scorecards at the time the fight was stopped.

Tags
Caleb Plant Mexico Saul Alvarez USA
John Israel A7 November 2021
Back to top button
Close
We use cookies on our website to give you the most relevant experience by remembering your preferences and repeat visits. By clicking “Accept All”, you consent to the use of ALL the cookies. However, you may visit "Cookie Settings" to provide a controlled consent.
Cookie SettingsAccept All
Manage Privacy