The Joyous Celebration artiste announced his mother’s passing in an Instagram post with a few lines of poetry as comment. Translated from the Zulu, the lines speak of the recession of life, with the persona asking to be remembered by God.

In another post, he noted that the loss of his mother is a different kind of pain for him

The songster didn’t state the cause of death. But the fact he lost his mother was enough for his fans, who shared with him messages of condolences while wishing him strength at this unforgiving hour. His fellow musos were also in the comments wishing him strength.

Prior to her death, Sbu Noah had a close relationship with his mother and often shared pictures of her on his Instagram. A year ago, he had written on social media, expressing how amazing she was. Now, unfortunately, the message is different.

By the way, his mother’s obituary is already out, and today is said to be the “send off” day. You can check out the announcement below. 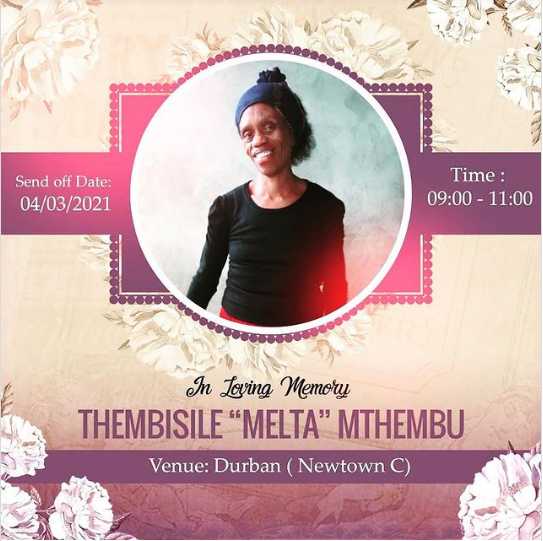 Got some kind words to share with Sbu Noah at this difficult time? You’re we;come to srop them in the comment section below.

Tags
Sbu Noah
John Israel A Send an email 4 March 2021
Back to top button
Close
We use cookies on our website to give you the most relevant experience by remembering your preferences and repeat visits. By clicking “Accept All”, you consent to the use of ALL the cookies. However, you may visit "Cookie Settings" to provide a controlled consent.
Cookie SettingsAccept All
Manage Privacy